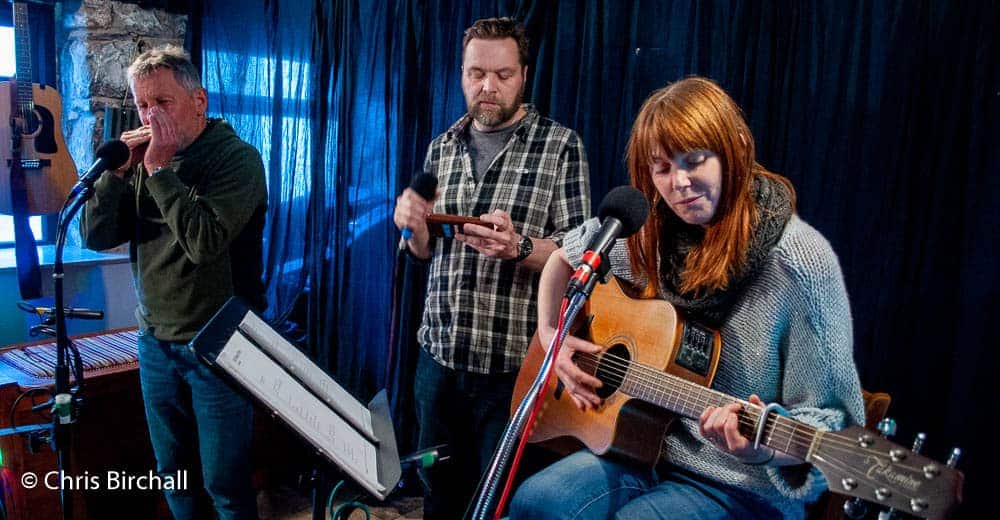 What a fab night it was. Eighteen performers and with the audience almost doubling that number, making for a great atmosphere in a comfortably full function room.

The bar was set high early on in the proceedings with an impromptu collaboration between Pete Kirkham and Cath Bryan, singing “The Wild Rose” accompanied by Mike Clark on harmonica. 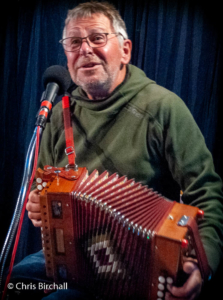 It was good to see Mike – otherwise known as ‘Squeezebox Mike’ – back at the club again and he did indeed come armed with his trusty squeezebox which he used to great effect during his solo set, as well as when he jumped up to form a trio with Tom and Richard.

Another Mike, also an occasional visitor, was Mike Hastings from Mold who gave us a couple of enjoyable numbers in his set.

Robin Spreckley used to be an occasional visitor. Well, not any more. He’s almost as regular as the other Robin, Robin (The Busker) Wynne Jones.  Both were on duty tonight and both were in fine form.

We are lucky having a great number of occasional visitors as well as our core of talented regular members. We don’t know from one week to the next who will turn up, making every week different and ultimately, so very enjoyable for audience and performers alike. 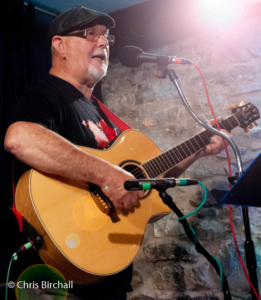 During their solo sets, Wendy and Richard Eastwood slotted in a lovely duet in the form of the John Prine and Emmylou Harris ballad, “Magnolia Wind”.

And with lots of fine solo sets from Lynda and Tom Degney, Enid Toft, Penni Neale, Richard Ruthin, Chris Birchall, Joe Lyon and Neil Martin, the mix was as eclectic as it could be.

Two new faces made an appearance this evening. Hailing from Coventry, Pete and Wally were up this way on holiday with their families and found us on the internet. They gave us a fine set with their guitar and banjo combo, so we called them back on stage for the finale, sending us home with a lively “Trouble in Mind” buzzing around inside our heads.