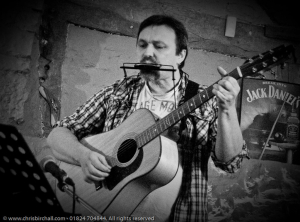 A good turn-out for a cold January night, saw a dozen regulars plus two visitors performing at the club this week.

The evening started with bit if filming as Harry performed Hotel California, accompanied by Richard and John Bass.  The video will be posted here once it’s been edited.  Then we had numbers from Stephen, Chris, Tom and Linda, Joe, Barry, John and Ros.

Being two days after the Merseyside derby, the Evertonians present took the inevitable ribbing in good spirit, and the subject came up in virtually every joke told. 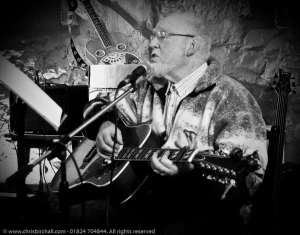 Our visitors this week were Colin and Alan from the Llanfynydd club who entertained us respectively with sixties rock and traditional folk.  Alan was rattling a charity tin which left Ruthin almost twenty quid heavier.  Alan was collecting for a local nine year old boy with Diplegic Cerebral Palsy whose family are trying to raise £60,000 for him to have an operation in America.  We wish them well in this endeavour.