A Bumper Start to the Year 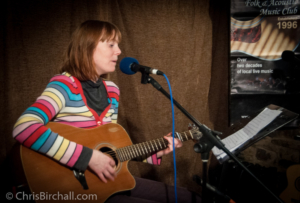 It was that time of year, when the festivities are over, it’s freezing cold, and everyone’s feeling flat.

As Joe and I set up the P.A. and arranged the tables and chairs, we reckoned on it being a quiet night. “Better have half a dozen songs each ready”.

Well, how wrong can you be! Before long the room was filled with forty-three music lovers, out for their first fix of the season. As well as the usual suspects, there were several ‘good to see you agains’ plus three or four new faces, all gathered in the warm and welcoming atmosphere at The Feathers to herald in a musical New Year. 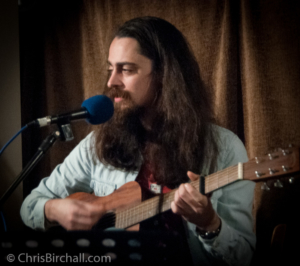 Sixteen of our number were performers, including the Neales, the Degneys and the Eastwoods. And it was Wendy who got the evening underway, followed by Jeff Jones, Cath Bryan and Robin the Busker.

We also heard from Richard Ruthin and Joe Lyon, and from Andrew Bowsher (right) who was making his third Singers’ Night appearance.

Of the first-time visitors in the room, one had come armed with a guitar and a beautiful voice. Hailing from Prestatyn, Donna Kaur, entertained us with a lovely set, accompanied on bass by Mark Thatcher. 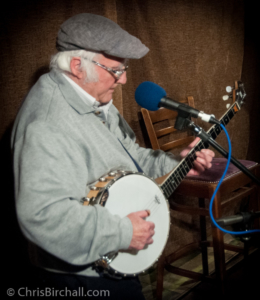 From a similar distance in the opposite direction, it was good to see Wrexham’s Peter Leslie back. And it fell to Peter to do the finale spot with a lovely set, comprising a mix of covers and his own compositions.

Throughout the evening, Tom demonstrated his usual willingness to jump up  whenever asked, to provide dobro, guitar and mandolin accompaniment. And during his solo spot, he offered up some bountiful bluegrass, courtesy of a brand new banjo that he had built in his workshop over the festive break.

See you all again next week folks…