A fine set from John Williams 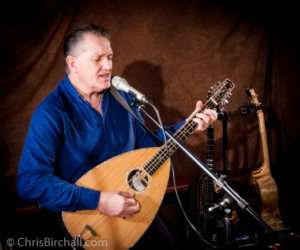 Following an opening round from club regulars, we enjoyed a fine showcase spot by that wizard from the Wirral, John Williams.

John arrived well prepared and fully equipped with his own mini mixing desk which meant he could have his three instruments connected, adjusted and ready to go, to save pfaffing about between songs. He had a four string tenor guitar, an eight string Cello Mandolin and a metal bodied cross between a guitar and a banjo. And if that wasn’t enough, he also brought along his own fiddle player, in the shape of Chris Wilcox, to accompany him on a couple of his songs. 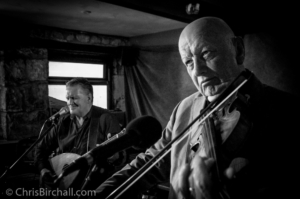 John opened his set with the Richard Shindell song “One Man’s Arkansas” followed by Springsteen’s “Downbound Train”. Then a couple of Mark Knopfler numbers, including a great version of “Romeo and Juliet”.  Many of these were songs we know and love, and as a nice touch, John provided crib sheets with the chorus lines for the audience to join in.  And it worked.

“Northbound 35” and “Wagon Wheel” followed, and we were treated to one of John’s own songs, “Wellington Road”. And when Chris stepped up to accompany on his fiddle the effect was quite beautiful.

It was a fabulous set, expertly performed. Aside from a heart-stopping moment when his expensive Bose T1 FX mixer unit leapt off the stand and crashed onto the hard tiles, John transitioned seamlessly between his trio of instruments. It appears Bose equipment is made of strong stuff!

After the break we had more songs from the floor, with most of us doing up to three each. 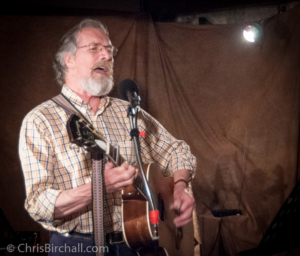 There was a distinct Merseyside flavour in Joe Lyon’s set with a great version of The Beatles’ “Things we Said Today” and Gerry Marsden’s “Ferry across the Mersey”.

Peter Leslie sang “Relentless Rain” (his own composition) and J.T.’s “Fire and Rain”. His performance was a million miles away from being a damp squib however, as he turned out a fine performance on his wonderful sounding travel guitar.

John and Ros did a selection of songs by Paolo Nutini, Nat King Cole and the Drifters, plus the classic “Cry me a River”. 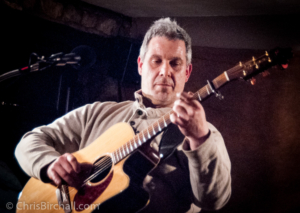 Making a welcome return to the club, Peter Stevens gave us “Silvia’s Mother”, “Leaving on a Jet Plane” and his signature song “Comedians and Angels”.

Skeet Williams had turned up unarmed. “Just to have a listen” he said.  We were having none of it and as a result, we got to hear his intricately picked “Light and Dark”, written for his partner and played tonight on a borrowed guitar. 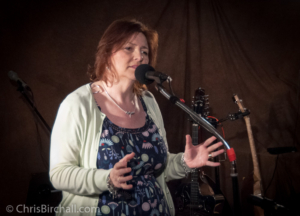 And then we were treated to the sweet voice of Dawn Hesford accompanied, of course, by Alan. They sang “Spring Becomes the Rose” (Bette Middler), “World of Our Own” (New Seekers) and Sandy Denny’s “Who Knows Where the Time Goes”.

Well we know only too well where the time goes  – and it goes there too fast! Because before we knew it, we were at the end of an evening that had given us a fantastic and varied program of music.

So “Time After Time” was a perfectly fitting song for our evening’s guest performer to do in the finale spot, followed by the Stereophonics’ “Dakota” played on the cello mandolin, which had been requested by Jayne.

You can catch John Williams at New Brighton’s Floral Pavilion on 1st of June, at Chester Christian Folk Club on the 18th and at the Llangollen Acoustica Fringe Festival on July 16th.

Take me to the Mardi Gras Not just any old Tom, Dick and Harry