A Happy and Melodic New Year to you all

That was the year that was

Yes, another year is behind us and one that has left the stone walls of The Feathers’ function room reverberating with some mighty fine sounds.

It was Gary Edward Jones who kicked off the first of the year’s six concerts in January with a selection of his beautifully crafted home-grown songs plus a little hint of the Paul Simon material that would form the basis of his highly successful “Something About Simon” show that was launched over two nights to sell-out audiences at Liverpool’s Epstein Theatre later in the year.

This was followed in March by the multi-talented Jon Brindley; in April by the exceptionally entertaining Flossie Malavialle and in June by Jimmy Rae and the lovely Sarah Lou who as Tennessee Waltz gave us a fabulous evening of Country and R&B goodness.

In October we played host to Chester singer/songwriter Jon Coley whose mesmerising guitar style wowed us through his own material interspersed with covers of songs by the likes of Guthrie, Paxton and Jansch. 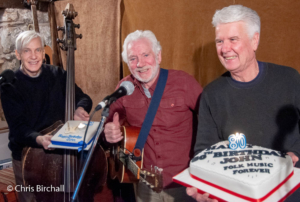 For the final concert of the year, we saw the return of Ruthin AllStyles favourites Welcomme, Finnan and Chrimes who always go down well — even when we don’t have cake! This time though, we had cake aplenty, as the day of the concert coincided with John Finnan’s 80th birthday. Great music from talented multi-instrumentalists who also happen to be three of the nicest blokes in the business. 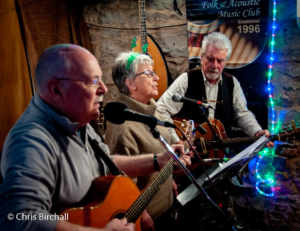 As good as those ten nights were, there were forty other nights, our regular Singers’ Nights, which serve to demonstrate how much talent there is on the acoustic music scene locally and throughout the region.

For a start, we are so lucky to have an enthusiastic core of regulars and semi-regulars; I’m not even going to begin naming names; you all know who you are and how much your support is appreciated.

These are augmented by a goodly number of occasional and first-time visitors, some of whom travel a fair distance to get to us from all corners of the UK as well as some from the other side of the globe.

There have been several Singer’s Nights where the room has been described as ‘comfortably full’, creating a fabulous atmosphere for audience and performers alike.

On a Sad Note

Back in October, we were all shocked and deeply saddened by the loss of long-time music club member Neil Wilkinson, who died suddenly following a short illness.

One of his last performances was at the end of July, with fellow band members Llinos Finnie and John Rowell as part of their recently formed band ‘Breeze’. John and Llinos intend to continue as a duo under the same band name and during our November 15th music night, they performed half a dozen of Neil’s favourite songs in his honour.

Looking Forward
We are in the process of finalising the dates for (probably four) 2019 Concert Nights. See the press cutting below, and keep an eye on our What’s On Page. There will no doubt, be a sprinkling of Mini Showcase Nights thrown into the mix as the year progresses.

Meanwhile, the first of our Singers’ Nights is this coming Thursday, January 3rd. We look forward to seeing you from 8.00pm onwards. 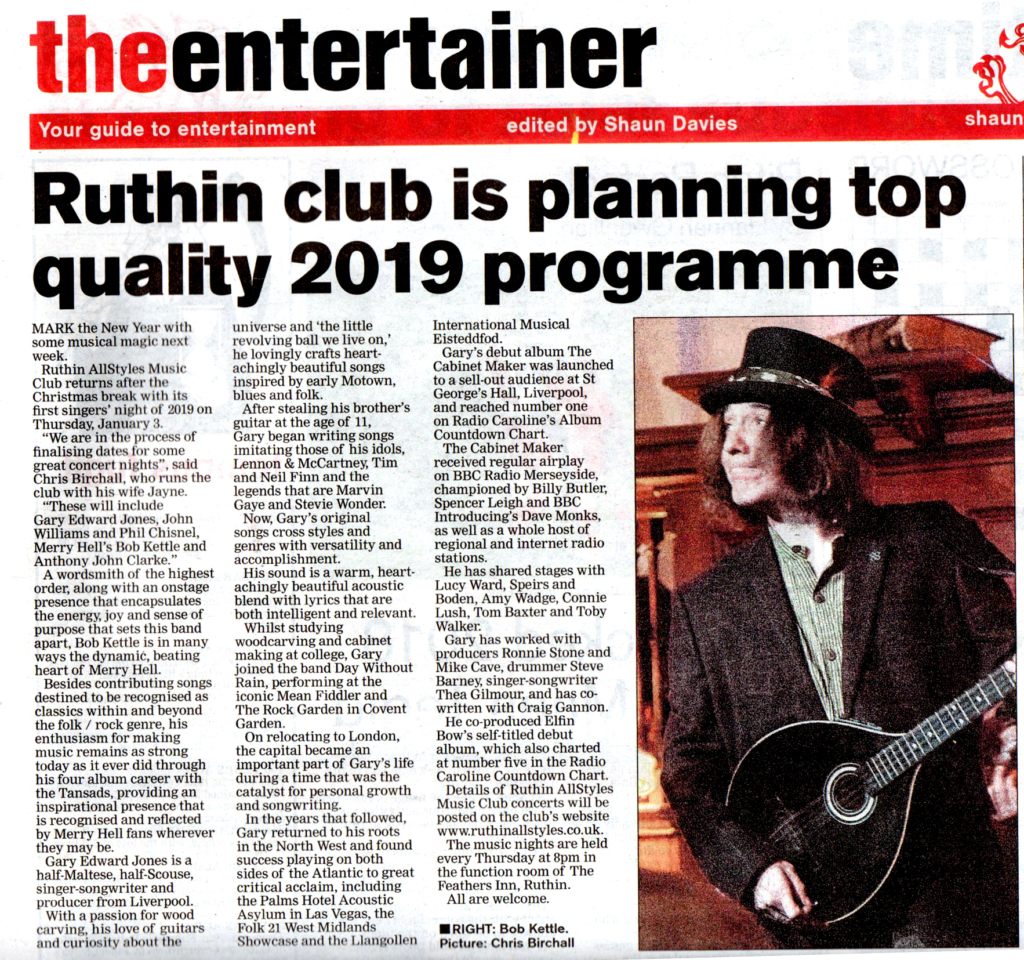