A Welcomme at The Feathers – with Finnan & Chrimes too!

…and Frank, John and Andy are more than welcome to pay us a return visit whenever they like!

Some twenty-six months have gone by since Welcomme, Finnan and Chrimes last entertained us back in our days at The Cross Keys. 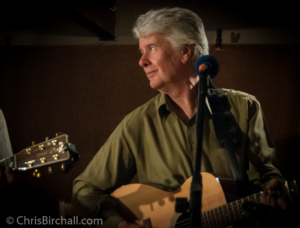 This was their first appearance at our new, larger venue, so it was great to be able to draw an audience from further afield, and in particular to play host to some of our friends from the Rhyl club.

An Eclectic Mix
The Chester based trio treated us to an eclectic mix of traditional and contemporary music performed on a copious array of instruments: John on guitar and autoharp; Andy on guitar, mandolin, 5 string banjo and accordion; Frank on upright bass, guitar, mouth harp and accordion. The list goes on… 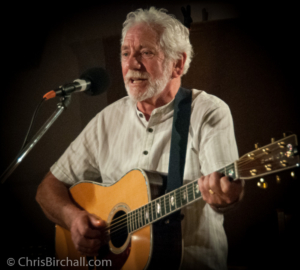 They opened their first set with Ernie Sheldon’s “Bring Me a Rose” followed by the traditional folk song “The Jolly Wagoner” and “Hush Hush”.

“Leaving the Land” and “Reconciliation” followed, and then they brought their first set to a close with a tribute to the Wales football team, acknowledging the squad’s success in the Euros 2016. Their performance of “Rhondda” had the entire ‘massed Ruthin AllStyles choir’ joining in the chorus 🙂

Thirteen Floor Spots
Prior to Welcomme, Finnan & Chrimes’ first set, the evening had begun with a round of floor spots by club members and visitors. Thirteen of us in all, doing two songs each. 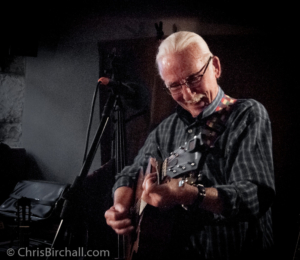 Joe had opened the evening, Beatles style, followed by John and Ros covering the Eagles and then breaking out the kazoo for “Urban Spaceman”.

Terry Mealey was next up, delivering some country goodness, Hank Williams style. And then Glyn Hudson’s a cappella “Lark Sang Melodious” prompted some fine ‘community singing’.

Peter Lesley closed the early evening segment with his own song “Relentless Rain” and the Dave Wilson song “I’m The Soldier Who Lost The War”.

After our guest’s first set we had the beer break and raffle. Jayne asked Lynda Degney to make the draw for the bottle of wine – and she promptly pulled out her own ticket! Well, as it was her birthday, we all forgave Lucky Lynda and sang the Birthday song! 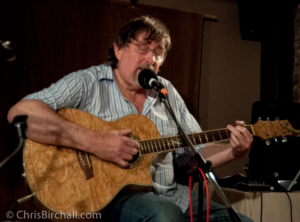 She and Tom opened the second half of the evening with some Blue Grass Music, then Tom stayed on stage to accompany Richard and Harry. John Rowell was up there with the Tom, Dick and Harry band of course, providing good solid bass line for their delicious helping of blues and R&B. And as the other three returned to their seats, John swapped his bass for an acoustic guitar to treat us to some tasty Lindisfarne. 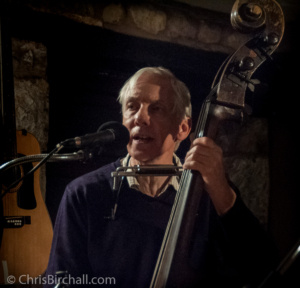 Penni Neale was the last of the floor spots, with “What’s the use of wings if you cant fly” and “Autumn Leaves”.

W.F & C Part Two
Frank Welcomme, John Finnan and Andy Chrimes returned to the stage and opened their second set with three songs honouring the war dead of a century ago. A poignant and moving “Only Remembered” was followed by “The Battle of the Somme” and “Reunion Hill”.

With all three sharing lead vocals, there were some brilliant harmonies and plenty of audience participation on many of the sing-along numbers as they livened the tempo with “East Virginia” and “You Win Again”. 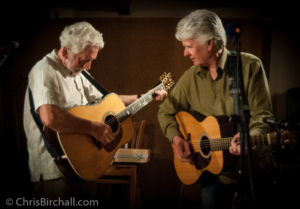 They ended the set with Emmylou Harris’ song “Rollin and Ramblin”, about the sad demise of Hank Williams.

Goodnight after a really good night
It was a truly fabulous night of music both from the floor singers and our guests. We couldn’t let it end without an encore, of course, so the trio sang “Goodnight Song” then launched straight into a terrific lively medley with several of the evening’s performers joining in on their guitars and banjos and with practically everyone in the room singing along.

Warm Welcome on a Damp Thursday Just Another Singers’ Night