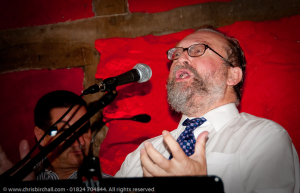 He may not have been on the short-list of nominations  for Poet Laureate. but Andy knows how to have fun with pentameters, whether dactylic, anapestic or just plain iambic.

Most of all, Andy knows how to share his fun – much to the delight of the rest of the regulars and visitors to our Thursday night gatherings at Ye Olde Cross Keys.

During his six months or so posting to North Wales, he hardly missed a Thursday and very quickly became a ‘regular’.  We never quite knew what to expect: a poem, a sonnet, a folk song, or a ditty. Pretty much all of the time his contributions were witty and if you looked around at the audience when he was up at the front, you’d see everyone wearing a smile.  And there were lots of occasions when he would take on the role of MC and keep us amused all evening.  We all loved his many self-penned odes dedicated to the club, to Ruthin, and to the Vale of Clwyd.

This week Andy’s stint in our neck of the woods came to an end.  I’m certain he found a welcome here in the hillsides and I’m equally sure he will take back fond memories and hopefully share them with the clubs local to his home town in Hertfordshire.  He said in a comment on this very website that:

“The club has a wonderful sense of wanting to make everyone welcome. That does not just mean saying “Welcome” but being genuinely hospitable and encouraging in the best senses”. 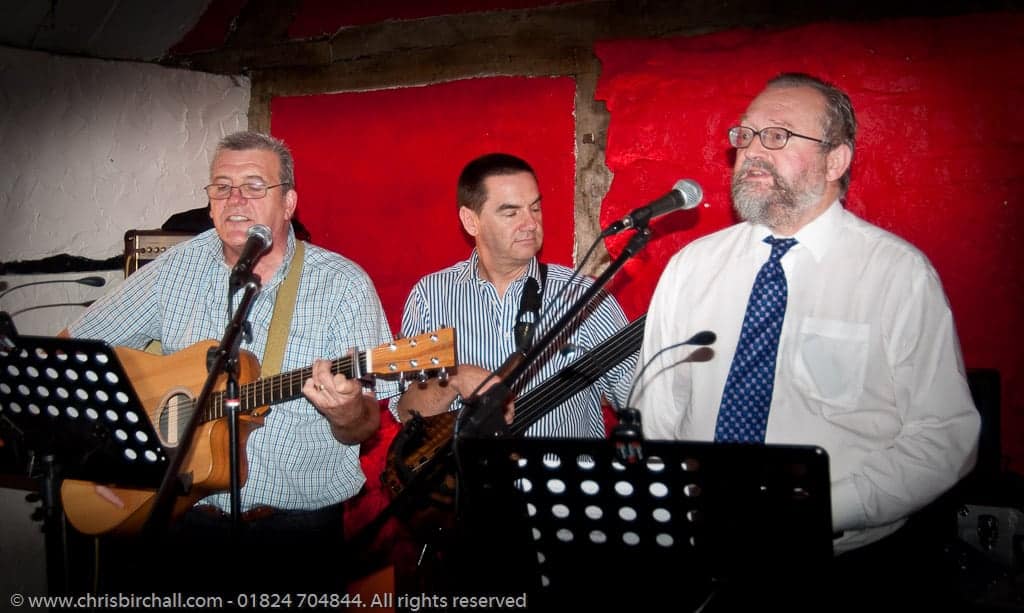 So it’s adiós Andy amigo.  We will miss you mate.

And… what a fantastic night it was at the club this week.

No fewer than 23 performers whose songs will be ringing in Andy’s ears as he heads back darn sarf. Many of which Andy had requested as being his favourites. 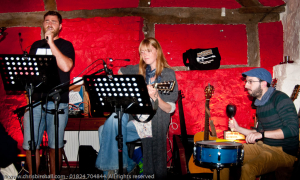 John Ryder kicked the evening off reminding us to be forever young  followed by Peter, making his second visit to the club with his John Denver style songs.  Next up was Maureen who had reworded  a classic to become an ode to Andy, informing him we’d become accustomed to his face. 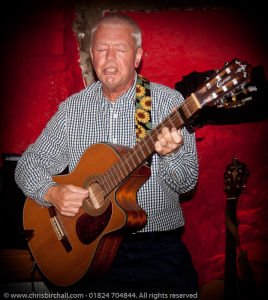 Cath sang Joeline before accompanying (another) Andy and (another) Peter in a fab version of Oasis’ Half the World Away .

Phil Townson performed two of the songs off his CD including the title track One Man and One Guitar . Ros sang about This Old Town and Mark took his new guitar into Elton John territory for its first outing.

Tom and Lynda were Waiting for the Times to Get Better,  and Richard transported us to the City of New Orleans. For my part, I acknowledged Andy’s love of the Beatles and sang about a Hard Day’s Night. 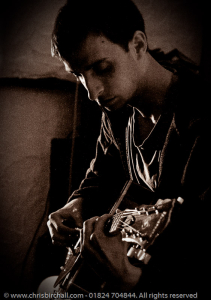 Wendy and Richard were up next.  Richard flexing his new-found baritone voice on a Jim Reeves classic and Wendy wowing us with a delightful Nancy Griffiths number.

Our friendly fiddler Alan was followed by a newcomer to the club in th4e shape of Dan Moore from Mold.  Dan blew us away us with some fantastic fingerstyle bluesy jazz instrumentals.

Local trio Raven took is almost up to the witching hour in their own inimitable style, but the finale spot was filled by MC-for-the-night Stephen, who delivered a set of Beatles numbers accompanied by Andy Twisting and Shouting his swan song as only Andy can – much to the delight of us all. 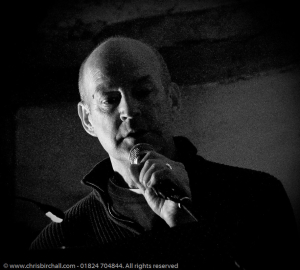