The function room at The Feathers was comfortably full and with no fewer than twenty-seven performers a wide and eclectic range of musical styles, the promise of a wonderful evening’s entertainment was well and truly fulfilled. 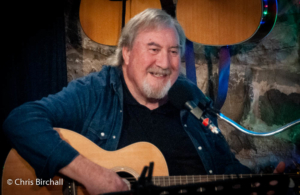 On occasions when we get these kinds of numbers, however, we might have to implement some sort of ‘first come first served’ system where the later arrivals get to do just the one song, to keep within the terms of the venue’s live music licence. Not to mention the fact many of us have to be up for work the following morning.

A core group of our regulars provided everything from Contemporary Folk to Blues to Country. Our quirky friend Karen White provided a helping of Kirsty McCall songs on what was her second visit this year before heading back to Australia, and it was good to see Geoff Durno back, making his first public appearance since his operation, 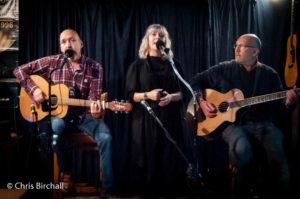 Mike Kendrick rode in on his “Llanfairfechan Horse”, and Skeet was kept busy providing accompaniment for Glyn Hudson and also for Deborah Jackson who sang a brand new song co-written by Skeet and herself. Alan Thompson also introduced us to a brand new self-penned song “Firebird”.

On what was their first visit to Ruthin AllStyles, we were delighted to welcome, from the North Wales Coast, Neil and Shereen and their bassist Alan. They gave us lovely covers of songs by Aretha Franklin and Paul Simon and also said some nice things about our lovely club. 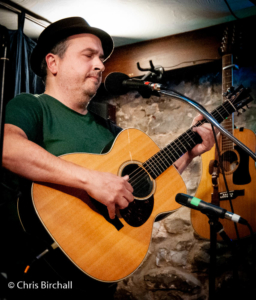 Bluegrass was very much to the fore when another band made their Ruthin AllStlyes debut. Although Jules Pellatt has appeared here a few times, he was joined this time by Tony, Richard and Johnny, collectively known as the Helsby Mountain String Band.

When the time eventually came for the finale spot, it was Gary Edward Jones who stepped to the mic. His first song was one of his own, “Walk You Home”, which he followed up with the most amazing version of the Rod Stewart classic, “I Don’t Wanna Talk About It”, in the style of Jack Johnson. (below)

If you want another helping of Gary, he is doing a concert at Rhyl Folk and Acoustic’s new venue in Llanddulas next Friday (October 25th) and then on November 30th he brings his “Something About Simon” show to Denbigh’s Theatr Twm or Nant. 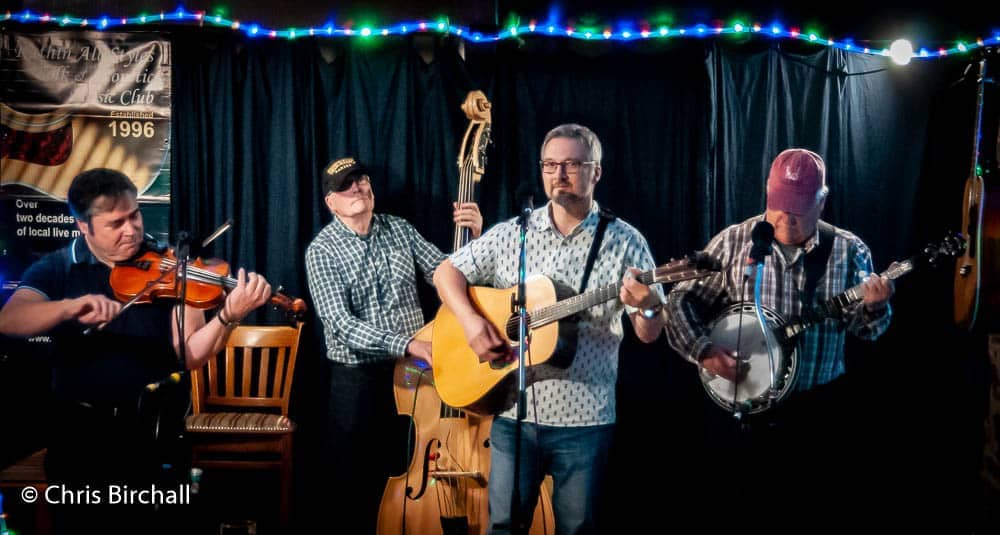