Comedians, Angels and MC Peter too! 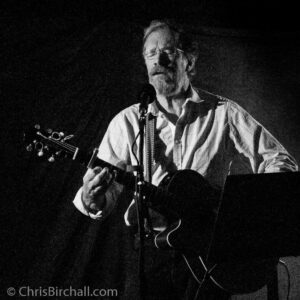 Yes it’s an unwritten rule that everyone who hosts a Singers’ Night and acts as MC, just has to be a comedian. It’s the law. After all, just because we take our music seriously, there is nothing to say we shouldn’t have fun too.

And everyone who steps up to host an evening is also an angel because it gives yours truly a bit of a rest and gives the audience a break from groaning at my corny jokes!

It was Peter’s turn this week and a fine job he did too. Not only at introducing the acts and raising a titter with his jovial banter, but he delivered some fine songs too including his old Tom Paxton favourite Comedians and Angels and Shel Silverstein’s Silvia’s Mother. 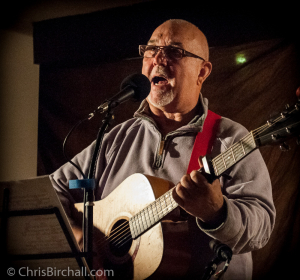 Despite the numbers being down due to the Steve Knightley concert down the road in Trefnant, we still managed a healthy ten performers, plus around a similar number in the audience.  The term “healthy” should be interpreted only in the numerical sense, however, given the number of us (including me) who were complaining of croaky throats 🙂

Our “Top Ten” packed in a mighty forty numbers between us.  After Peter’s opening set, Rocking Robin assured us that It’s a Long Way From Clare To Here before singing Copperhead Road (Steve Earl) and finally performing an impromptu duet with Enid and… Hallelujah it was heavenly! I think Mr Cohen himself would have approved. 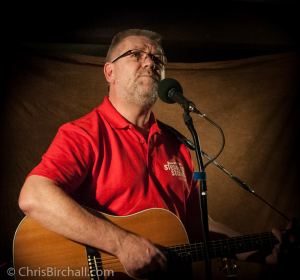 Next up was Ian who travelled all the way from Llanfechain.  It’s a 40 mile journey and we’re always glad when he makes it as his performances never disappoint.  His set also included a Steve Earl song, this one from the American singer/songwriter’s anti war and anti death penalty album, Jerusalem. Then he treated us to Shackles of my Fear and the Lucinda Williams song Big Red Sun Blues.

Pete, also from Llanfechain, gave us a lovely tune on his mandolin. Then John and Ros went Dancing Cheek to Cheek before singing It’s All Right by the Travelling Wilburys. Ros’ solos included Mr Sandman and Gotta Get A Message to You. 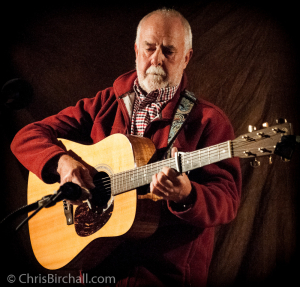 My own set also included Sandman but without the “Mister” as mine was the 1977 song by America.

It was great to see our friend Barry Evans back at the club, not just for the great songs he sang which tonight included North West Passage by Stan Rogers and Tom Waits’ Leaving my Family,  but also for his wonderful wit and dry humour. Maybe if we twist his arm he will come and host an evening for us, so we can hear some more!

Lynda treated us to John Denver’s Wild Montana Skies and then in true Lynda fashion bade us to Listen to the Falling Rain! 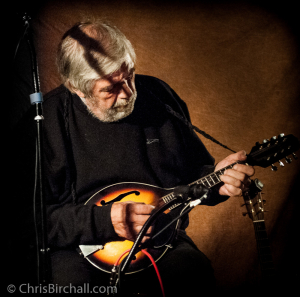 Richard Ruthin took the last floor spot of the night and, together with Tom Degney, metamorphosed into Richards and Jagger with two great Stones numbers When Tears Go By and Ruby Tuesday.

As is becoming tradition on hosting nights, our host Peter took to the stage to sing us out for the evening – but he stopped the two rolling stones from going off to gather moss. Instead he kept them on stage and the trio did a belting finale of My Girl’s Waiting For Me followed by Goodnight Irene, the chorus of which included just about every voice in the room.

It all goes to prove you don’t need Steve Knightley to have a good night!