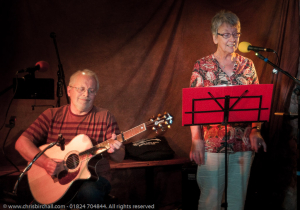 “I don’t do jokes” was Enid’s emphatic response when she agreed to host a Singer’s Night at the club.

Well last Thursday was The Night and for someone who doesn’t “do jokes” she told a couple of corkers!

Not only that, but she kept the evening flowing along effortlessly with banter, wit and repartee as she introduced the acts. 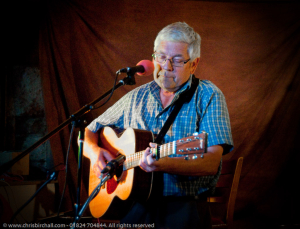 In one respect it was something of a baptism of fire with no fewer than twenty performers on what turned out to be our busiest night of the year!

Accompanied by Neil on guitar, Enid got the evening off to a fine start with some Bob Dylan goodness, followed by floor spots from Joe, John & Ros, myself and Rockin’ Robin.  We had two Geoffs: First there was Geoff of the Hollis variety from Rhyl, with a Kieran Halpin song or two, and Geoff Durno of St Asaph who sang a couple excellent self penned numbers. 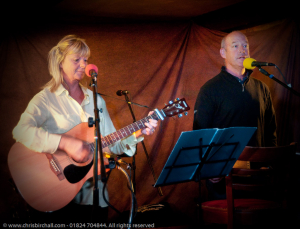 We also had two Richards: Richard Ruthin (who comes from Rhyl!) He was accompanied by Harry, Tom and John Bass; and then there was Richard of the rich baritone voice, who gave us Jim Reeves’ I Love You Because. Wendy accompanied him and then stayed on stage for her own lovely set.

Peter joined us to sprinkle John Denver goodness into the proceedings before the Denbigh posse Bob, Glyn and Penni took us up to the break with their three very different and entertaining styles. 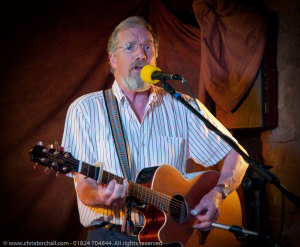 Lynda opened the second half with her husband Tom who stayed on board to accompany Harry along with Richard and John Bass.

The finale spot came courtesy of hosts Enid and Neil and was the icing on the cake for what had been a highly entertaining evening which truly justified the words “All-Styles” in our club title.

Coming up for Festival Week…

Next Tuesday: We have a one-off special event for
Ruthin Festival Week in the form of a free Guitar workshop.

Next Thursday: Singer’s Night as usual

Would you like to host a Singer’s Night?
In addition to introducing the acts you get to do an extra couple of songs in the finale spot.  Joke telling is not obligatory (but let’s face it, it does happen!).  Just let me know and we’ll put your name on the list. 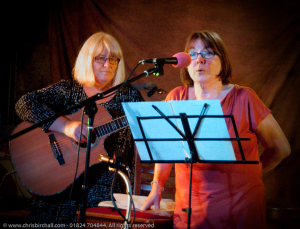