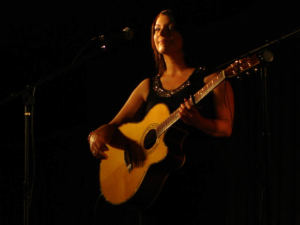 We are thrilled to present that wonderful songstress with a charming stage presence and the voice of an angel – none other than Edwina Hayes.

Edwina’s performances of her beautifully written songs, have won her a reputation as a true natural talent of gentle Folk-Americana.

She has opened shows for the likes of Jools Holland and Van Morrison and has headlined her own gigs at venues up and down the land, from small Folk Clubs, to Glastonbury Festival, to The Royal Albert Hall. 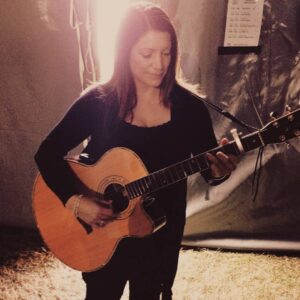 Television and radio presenter Michael Parkinson and the former BBC Radio 2 godfather of folk, Mike Harding are big fans and the title track of her album Pour Me A Drink was covered by Nanci Griffith who refers to her as ‘the sweetest voice in England’.

Edwina’s cover of the Randy Newman song Feels Like Home was featured in the Cameron Diaz film My Sister’s Keeper and between the several different uploads, has since had over eight million plays on You Tube.

All this is just a small part of her impressive CV, so you can see why we are so excited to have secured her to perform an intimate gig at our lovely little club in the Vale of Clwyd. 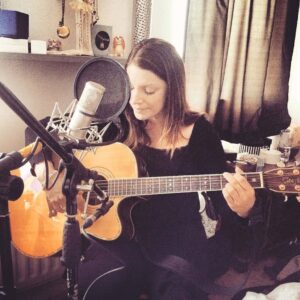 The event will also feature floor spots by a variety of local singers to start the evening off.

The venue
The function room at The Feathers Inn is ‘seated with tables’. There is a separate well stocked bar with guest ales. Tea/coffee available. Disabled access and plenty of nearby parking. And if you want to stay over, The Feathers also has beautifully appointed rooms available at reasonable prices.

Tickets are now on sale at just £8 from WeGotTickets.com. The venue seats a maximum of 50 people, so get in quick and grab your tickets before they are gone.

►Regular members can purchase tickets at the usual concessionary rate on any Thursday club night.