Cost:
£6 on the door
Special Events 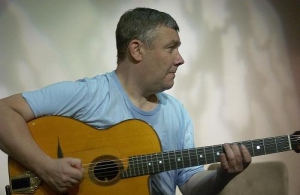 We are delighted to welcome Gary Potter to Ruthin AllStyles.  Regarded as one of the greatest jazz and country guitarists in the world, he enjoys high acclaim in the United States, Australia and Europe.

He is in constant demand all over the UK and works as a solo performer or lead guitarist with his trio, quartet or larger combos. He is a guitarist who is melodic and imaginative, with perfect rhythmic sense.

His playing is influenced by players such as Django Reinhardt – Gary featured in the Channel 4 film ‘The Django Legacy’ – and Charlie Parker, yet his approach to playing jazz guitar, both acoustic and amplified, is sufficiently original to give him an identity that is all his own.

This is a gig not to be missed!