Fashion laces, friendly faces and a leaving do for Siobhan McHugh 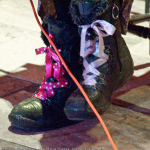 Hmm, maybe we need to consider buying some colour coordinated guitar leads.  So, who’s fabulous fashion sense did our instrument cables clash with…?

It was Cath Bryan! And when those boots walked over to the stage area, we were treated to some lovely songs including one about a certain Bobby McGee. 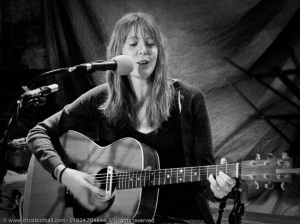 And boy, did she do justice to this Kris Kristofferson classic! Better, in my humble opinion, than both the Janice Joplin version and the more recent cover by Pink!  We really do need to see (and hear) more of Cath at the club.

Richard sang about being 500 miles away from home. John also delivered a song about 500 miles. Both went off in different directions though, so you could say they were a thousand miles apart!

During the evening, we could hear there was a party in progress through in the main bar. It was the leaving “do” of local pharmacy technician Siobhan McHugh who is about to depart to pastures new. 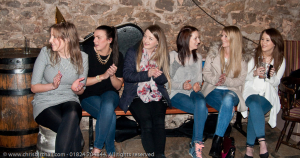 Later on, she and half a dozen of her friends stormed in and demanded Cash.

Well, we don’t often get asked to do requests but I managed to rustle up my version of Hurt – which I was later pleased to discover was one of Siobhan’s favourite Johnny Cash songs – and then Lynda and Tom gave them Ring of Fire.  The girls enjoyed a bop before dancing back to the bar, having had their Cash fix.

It all made for an interesting and entertaining evening which was rounded off nicely by “Everton” Joe who did a couple of extra numbers accompanied by “Man U” Tom! 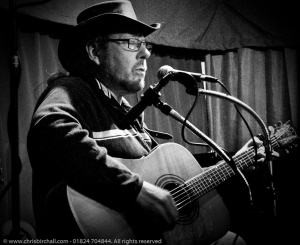 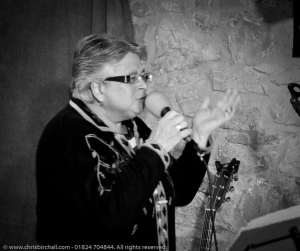