Listen while you read

Yes, despite the threat of Hurricane Doris, fourteen musicians turned up this week. That, plus another twenty two audience added up to a nicely filled room at The Feathers, all enjoying the convivial atmosphere and great music.

With the threat of Doris, a bag of strong clothes pegs was deemed a suitable booby prize for the raffle. It was won by Penni, although she didn’t get a chance to test them because Hurricane Doris was down-graded to Storm Doris and then further downgraded to what I can only describe as Puff-of-wind Dot! Regardless of the weather, the following day saw Penni roaming to Rome for a romantic break with Bob – which apparently had nothing to do with the fact Wales were playing there in the ‘Six Nations’. 🙂 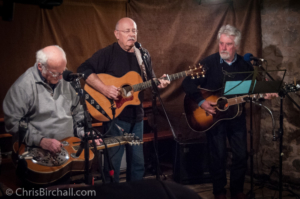 Tom, Dick & Harry plus John Bass kicked off the evening in grand style with a set that included “My Old Friend the Blues” and “The Speed of the Sound of Loneliness”.

Then Lynda took us for a “Walk in the Irish Rain”. I got into a bit of Dylan, followed by Brian with the “Hesitation Blues” and “Take a Look at Yourself”.

Robin Spreckley took us on a “Freight Train” that was going so fast. Glyn slowed things down a pace with “Will ye Go Lassie Go” and “Balymore Fiddler”. 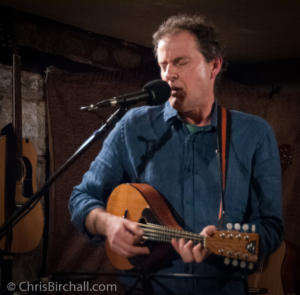 Richard Eastwood was flying solo, Jim Reeves style, with “Sweet Lips” and “Roses are Red”, Wendy having succumbed to a bug.

Di and Pete joined us again, for the second week running. They delivered a lovely varied set that included a medley of French tunes and Dolly Parton’s “Joline”, before filling up our senses with the John Denver classic, “Annie’s Song”.

Next up was Harri Owen with “Half the World Away” and “Maybe Tomorrow”.

Then we had something of a weather forecast from Penni in the form of “Misty” and “Summertime”. If weather forecasts on the telly were sung so beautifully, we’d be more inclined to believe them. 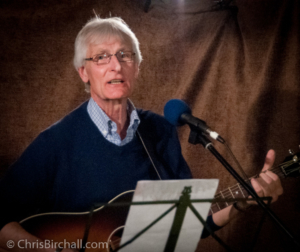 Joe Lyon was quietly cursing me for putting him of immediately after Penni. I do know how he feels, she’s such a good act to follow, but d’you know what… he acquitted himself admirably with a fine rendition of “Strawberry Fields”, “A Nightingale Sang in Berkeley Square” and what has become something of a signature tune for Joe, “The Goodnight Song”.

Tom did a bit of Moonlighting with “Midnight Moonlight” before rejoining the Tom, Dick & Harry Band for the finale which included Harry’s signature piece “Hotel California”.

That time had come and, as they say, you can check out any time you like, but you can never leave. Check out we had to but at least we were able to leave with the sounds of another great night of AllStyles music still ringing in our ears.

Tell you what… Let’s do it again next week! 🙂