How to cope with a broken string mid-song 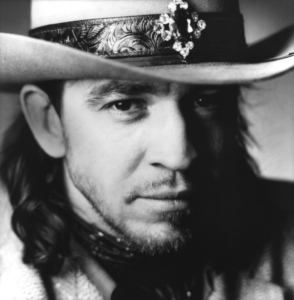 He was sadly killed in a helicopter crash in thick fog on August 27th 1990.

Amongst his claims to fame was that he played guitar on David Bowie’s Let’s Dance album.

During his short but successful solo career, one of his high points was when he broke a string whilst performing “Look at Little Sister” for an Austin City Limits special in 1989.  At the 2:40 mark in the video (dismiss the advert), you can see his B string snap just a few seconds into his guitar solo. What happens next is amazing.

Vaughan beckons to his roadie and guitar tech Rene Martinez, who makes one of the smoothest guitar swaps you’ll ever see.

Picking the perfect time to make the swap, just as the guitar solo finished, Stevie Ray Vaughan carried on singing barely missing a note during the exchange.

A Tea and Cakes Charity Boost