This week The Feathers went all Jabberwocky.

But not in the way Lewis Carroll intended, for there is nothing nonsense about this popular North Wales band, comprising Ian, Gill, Mick and Jilly who paid us a return visit to perform a Showcase featuring covers from the Seventies up to the present day.

They performed two tight sets, opening up with The Sherbs’ 1976 hit Howzat! followed by the equally upbeat Etta James number In The Basement.  In fact, upbeat is the best way to describe Jabberwocky as they rolled out song after song that had everybody’s feet tapping. One of my personal favourites was Mercy (Duffy), with Price Tag (Jessie J) coming in a close second. 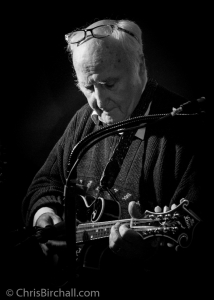 Besides Jabberwocky, there were thirteen other performers providing a lively and varied evening of music.

Tom Degney was as hard working as ever. As well as accompanying Lynda for her spot, and joining Harry and Richard for theirs, he also gave a fine instrumental performance of his own composition The Road to Dent on his trusty mandolin.

John Rowell was ever present too, providing the bass line for Tom, Dick & Harry and later accompanying Rockin’ Robin Wynne-Jones who was making a welcome return after a summer cruising the country’s waterways on his narrowboat. 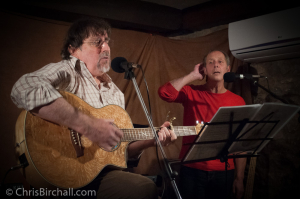 We are so used to seeing John performing with others on his six string fretless bass, it is easy to forget that he is also an excellent solo performer. And so it was nice to see him taking to the floor with his acoustic guitar to give a fine performance of Syracuse the Elephant (Stackridge) and the Lindisfarne classic Lady Eleanor.

Richard and Wendy had honed and perfected their a cappella medley of songs they have been performing over the summer as part of a four-part harmony group, only to have it blighted by an errant echoing low level feedback caused by a spare mic that had been moved out of position. It was switched off from the main speakers and so was barely audible to the audience but was still connected to the stage monitor. I was gutted I hadn’t realised what was happening until well into the song.  As off-putting as it must have been, I must say the pair still put on an excellent performance.

Finally, Jabberwocky completed their Showcase with a fifteen minute finale spot. For an encore they sang So Glad You Made It which nicely rounded off a great evening – and it was we who were so glad they made it back to the club.

You can catch up with Jabberwocky’s latest exploits on their website. 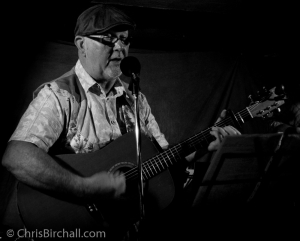 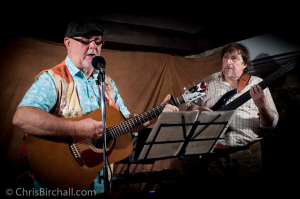 An Unexpected Treat Comedians, Angels and MC Peter too!