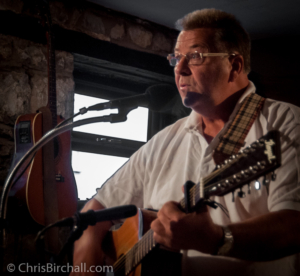 Well okay, I admit, I’m cheating a bit.  Moonlight and Roses wasn’t one of the songs sung on the first meeting of June at the club this week, so we didn’t actually get to hear that line.

Nevertheless, Ron (from Wrexham) Stevenson did treat us to some other Jim Reeves goodies, notably “Ave Maria” and “Four Walls”.

Then he gave us “Big Jim”  by the Five Penny Piece, and Clapton’s 1923 blues standard (written by Jimmy Cox) “Nobody Knows You When You’re Down and Out”. 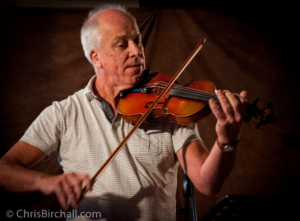 From Jim Reeves and Big Jim… to Gentleman Jim, who was giving his violin it’s second airing at the club since slicing off a chunk of his finger in a gardening accident.

He did a medley of  Scottish tunes including “Flower of the Quern” and “Sardona” followed by Scott Skinner’s “Music o’ Spey”.

Chris was in Glen Hansard mode whilst Alan was “Making Melodies” Neil Sedaka style, and singing Garth Brookes’ “That Summer”. 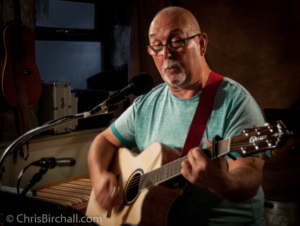 Our favourite busker, Rocking Robin, concurred with Ralph McTell to inform us “It’s a Long Way from Clare to Here”. He then tried “Knock Knockin’ on Heaven’s Door” only to be greeted with “The Sound of Silence”. We feared the worst when he moved on to Springsteen’s “I’m on Fire” 🙂 Haha… Four very different songs, all expertly executed Robin style.

Joe Lyon went Beatling down the “Long and Winding Road” in search of “Woman” before concluding – Mat Monroe style – it was all down to “Days Like These”. 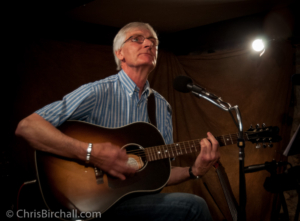 No Tom, Dick & Harry band this week – but we did have Harry and John Bass, both of whom acquitted themselves admirably with fine renditions of Gillian Welch’s “Annabelle”, Paul and Linda McCartney’s “High High High” followed by a bit of Buddy Holly with “True Love Ways”.

John and Harry stayed on stage to provide the backing for Enid, singing “Listen to my Heart”, “Raining in my Heart” and – still keeping to matters of the heart – Dylan’s “Make you Feel My Love”.

Finally, it was great to see Bob and Annie back at Ruthin almost a year to the day since they wowed us with their Showcase performance at the club.

Well… they wowed us again with a fabulous set, plus a belting finale, all of which included great songs such as Tracy Chapman’s “Dreaming”, Leadbelly’s “Frankie and Albert” and the Animals classic “Please Don’t Let Me Be Misunderstood”.

Yet another terrific night of music at The Feathers.  And guess when there’s going to be yet another one…?

You got it – Next Thursday!  See you then!