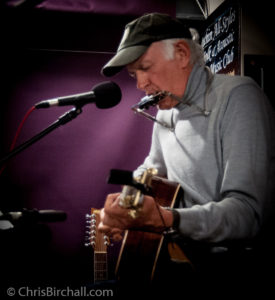 There was a gathering of thirty-one in the function room of The Feathers this week, fifteen of whom were performers. First up was Mr Tom Degney with a song he first sang ages and ages ago, and it was called “Ages and Ages Ago”.

Lynda Degney became Linda Ronstadt, and Alan Ewing give us some Gordon Lightfoot and Bonnie Raitt.

Colin Campbell put a new twist on Clapton’s “Wonderful Tonight” having translated it into Welsh, and Richard Davies stuck to English for “City of New Orleans” and “Blue Bayou.

Enid and Neil sang songs by Queen and by Dylan, and Cath Bryan ventured into Nina Simone territory with “Love Me or Leave Me”. 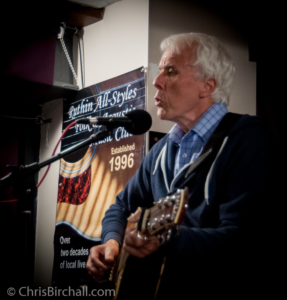 The prolific song writer that he is, Mike Whittaker treated us to “On The Other Side” and “She was only Seventeen”.

Brian Peters reckons we should be renaming ourselves the ‘Ruthin & Blues Club’. Well all I can say is that whenever Brian is in da house, we know we are in for some brilliant bluesy treats. Tonight was no exception, the treats being Robert Johnson’s “Crossroads”, and the Lightnin Hopkins’ song “Mojo Hand”, which you can listen to at the top of this page.

It was great to welcome several new faces in the audience this week, plus two of them at the business end of the microphones.

Jimmy Rae and Sarah Lou hail from The Wirral, and are actually two-thirds of the band ‘Jimmy Rae and the Moonshine Girls”. 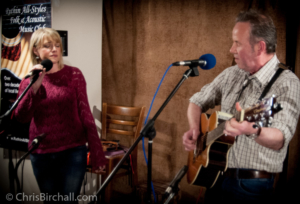 Singing as a duo tonight, and with some fabulous harmonies, they wowed us in the first half with two of their own songs, “This is What I Do” and “Nothing Left”, taken from their album “One Day”. Then in the finale spot they served up a real treat in the form of a song Jimmy wrote as a tribute to 1950s teenage rocker Eddie Cochran who tragically died in a car crash at the age of 21, in Wiltshire shortly after appearing at the Bristol Hippodrome. It was a lovely lament called “Eddies Guitar” which transitioned into a fabulous cover of Cochran’s full-on, foot-tapping, rock song “Summertime Blues”. Click to listen ↓

That got everyone shouting for more, so for an encore the pair gave us John Prine’s “Speed of the Sound of Loneliness”, with Sarah taking the lead vocals, joined by just about everybody in the room.

Time had beaten us, but it was a super evening of live music. Let’s do it all over again next Thursday! 🙂

►Check out more sounds on the Soundbites Page. 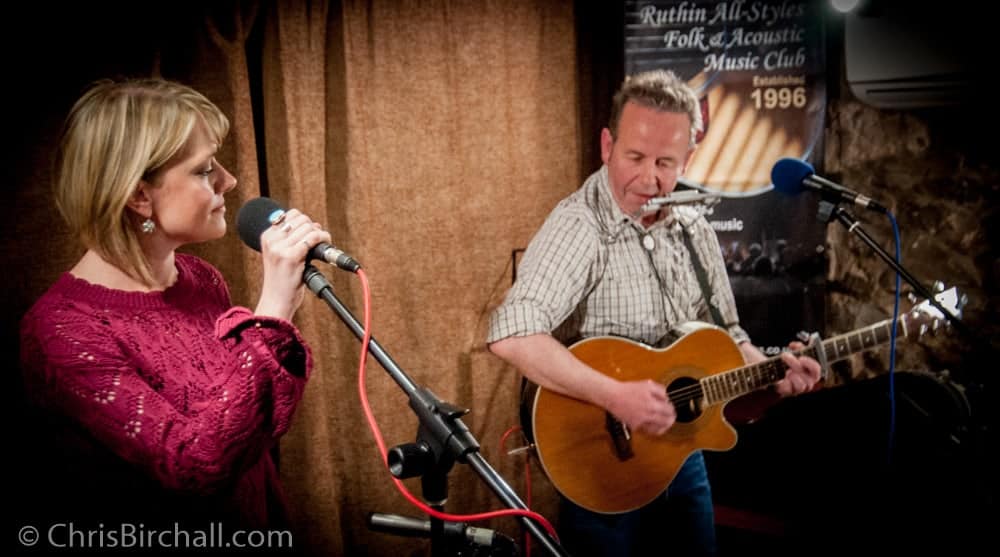 Virginia Kettle – Back to her roots Singers’ Night 26th May