Making his fourth or even fifth visit (no one could remember for sure) to Ruthin All Styles Music Club, guitar maestro Ken Nicol was a big hit with the audience this week. 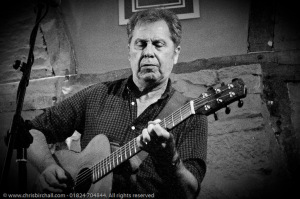 It was certainly his second time at our upstairs room at the Cross Keys. He can recall doing a guest night at the Castle Hotel and the club’s founders, Llinos and Campbell can remember booking him during the club’s time at the White Horse.

It was great to see them both in the audience this week – the almost capacity audience, I might add.  It would be good to see and hear them up front on the odd singers night too (hint hint)

Ken, who was a member of Steeleye Span up until 2010, and before that The Albion Band, gave us an enjoyable and varied evening’s entertainment.

His often humorous songs intermixed with more serious lyrical self penned songs and splendid instrumental numbers that showed off his immaculate finger-picking skills using three differently tuned Fylde guitars.  His latest, the Ken Nicol Signature Guitar, was made especially for him by Fylde’s Roger Bucknall who also crafted the fine ukulele which we heard on a couple of numbers.

The evening was kicked off by our own “boy band” Tom, Dick, Harry and John Bass  with four excellent numbers.

All in all a splendid evening’s entertainment. 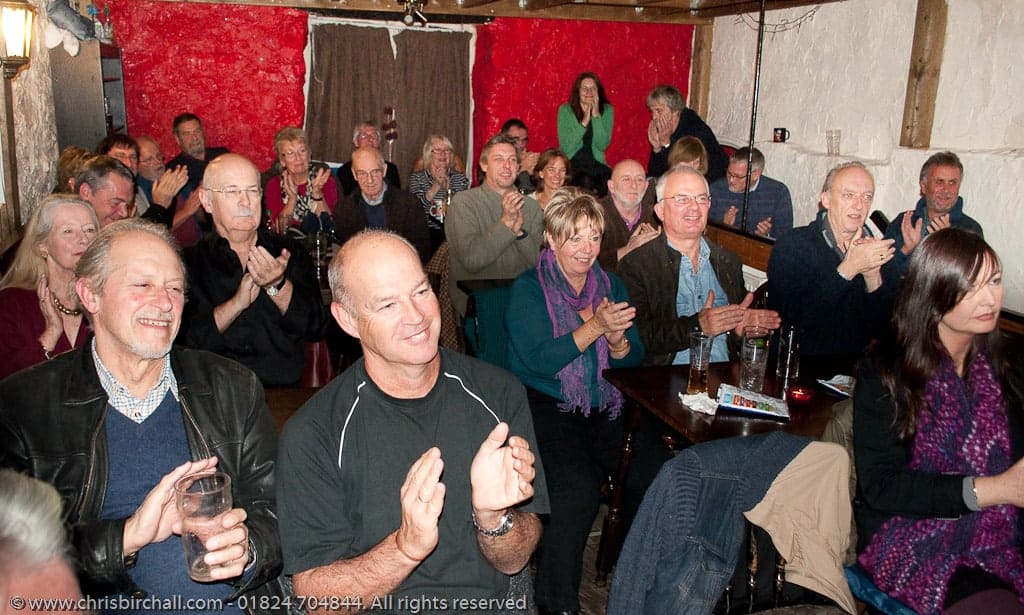