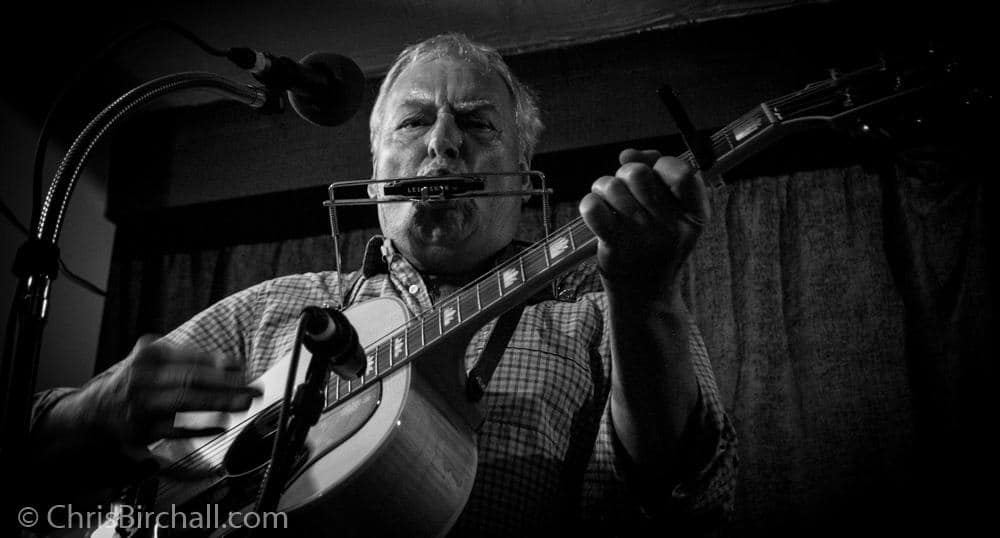 It’s been a good year for the Roses.

No, we’ve not started a gardening page. This was the title of one of the songs our guest Kevin Wardman sang in his showcase set this evening. And I think it’s safe to say it has also been a damn good year for the music too.

A long serving and well respected member of the Rhyl Folk and Acoustic Club, it is some five years since Kevin last entertained us at Ruthin with his superb guitar style, his great stage presence and smooth dusky vocals. 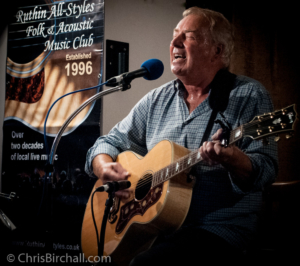 He opened an excellent mid-evening showcase set with Chris Rea’s “Chisel Hill”, following on with “Down Too Deep” off Dougie MacLean’s 1989 album, Butterstone, and Joan Armatrading’s “The Weakness In Me”.

Then came “It’s been a good year for the Roses”. This was originally recorded by American country singer George Jones, but so good was tonight’s performance, you’d have been excused for thinking composer Jerry Chesnut had written it for Kevin himself.

The set continued with “This Year” (White Buffalo), “I Used To Love Her” (Saw Doctors) and the first of three Steve Earl songs, “My Old Friend the Blues”.

The Peter Bond and Bill Caddick classic “One Hand on the Radio” took us up to the break.

Floor spots
Floor spots ensued, with some Ben E King and Woody Guthrie from Chris Birchall and Bob Neale. Joe Lyon reflected on a “Sunny Afternoon”, Kinks style, and Peter Leslie ventured into Paul Weller territory with a super cover of “You do Something to me”. 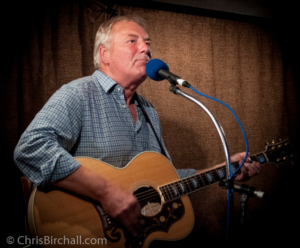 Richard Eastwood, went all Don Williams on us with “I Recall a Gypsy Woman”, and his gypsy woman, Wendy, sang a lovely laid back version of Dusty Springfield’s 1963 hit, “Only Want to Be With You” .

We had each got three songs under our belts as Penni Neale brought the floor spots to a conclusion with a song released by The Who in the early seventies, “Behind Blue Eyes”.

Finale Time
And so it was finale time and Kevin returned to the stage to deliver John Prine’s “Speed of the Sound of Loneliness”, and two by Steve Earl: “Can’t Remember if we Said Goodbye” and “Copperhead Road”.

As Kevin folded up the sheet of paper containing his set list, the audience were baying for more, with our visitors from Rhyl Shouting: “Geronimo”.

Mrs Wardman duly obliged with a rousing rendition of “Geronimo’s Cadillac”, to the accompaniment of Red Indian war cries from the floor.