Love Was In The Air 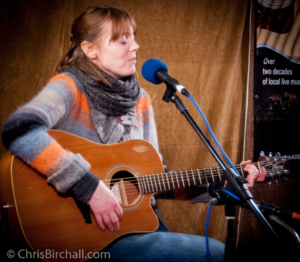 Valentines Day may well have come and gone but love was still very much in the air when it came to tonight’s song choices.

Mark Thatcher gave us that Harry Nilsson number, lamenting about love lost, “Without You”.

Cath Bryan threw out the invitation; ‘Come on darling, lets go back to bed’ as she serenaded us all with “Morning Song” by the American singer-songwriter, Jewel. There were quite a lot of us, so Pete, fearing he might find a Crowded House, quickly responded with “Better be Home Soon” 😉 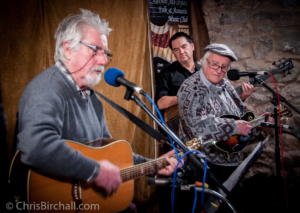 Lynda Degney reminded us that on Valentines Day, “Everybody’s Reaching Out for Someone”, whilst Tom was lamenting about “Sally”.

Richard Davies reminisced about “Old Flames”, with that Dolly Parton country classic. And I gave Henry Priestman’s “Valentines Song” its annual airing, before declaring that “Black is the Colour of my True Love’s Hair”. 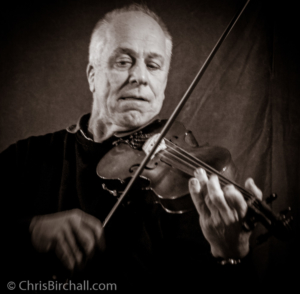 Heavy Metal
Jim Cole was playing host to his pal Ray, from New Orleans, who was visiting Britain for a heavy metal fix. The pair were heading to That London to take in some concerts by Judas Priest and Black Sabath.

There was not much in the way of metal thrashing at Ruthin AllStyles, so Jim compensated by charging up his feisty fiddle with a touch of the “Cameron Highlanders” and “The Old Resting Chair”.

Man of many instruments, Andrew Bowsher, introduced us to his new toy – a Weissenborn style (Hawaiian) lapsteel guitar. He played two of his own tunes, “Pay Day”, and “Weird and Lovely” followed by a weird and lovely story about meeting a ghost. 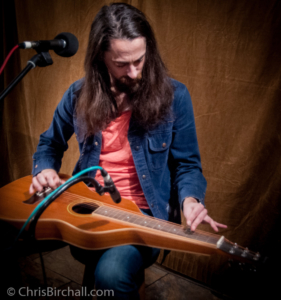 Glass Half Full
And so we were at the end of another lovely evening of music.

The room was at half its maximum capacity, not bad when you consider that a few people were away on romantic breaks and others in bed with (decidedly unromantic) bouts of The Flu. Nevertheless, nine of us managed to fit in up to four songs each – plus a last minute contribution from a late-to-the-party, but always welcome, Harri Owen.

It was down to Tom Degney to have the last word, which he delivered on his ukulele, taking us on a dark journey to post-war Vienna, Harry Lime style, with the theme from “The Third Man”.

Next week: Another Singer’s Night.

Advance Notice: On March 1st it will be Singer’s Night with Cake! As part of the Dementia UK’s “Time for Tea” campaign, all the tea/coffee money will be donated to help fund their ‘Admiral Nurse’ facility. We will have cakes for sale too.  ►Details