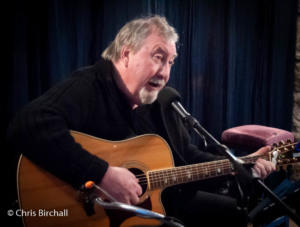 It started out looking like being a quiet night but ended up with the performers totalling a baker’s dozen and almost thirty in the audience.

Neil Martin opened the proceedings with The Beatles’ “All I Gotta Do”, followed by one of his own songs.

And in keeping with our convention that whosoever opens the evening, also opens the second half, we were treated to more later in the evening. 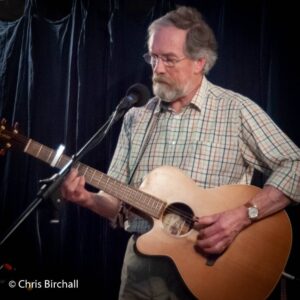 As it happened, the clock galloped along and there was no time for a second half, so after Neil had performed his second spot, we used the “Random Name Generator” to choose someone to end the evening. That someone was Skeet Williams and he chose to step into the shadows and accompany Deborah Jackson instead.

It was a lovely end to an evening that had seen a wealth of wonderful music from everybody involved, including a faultless guitar arrangement of “Albatross” by Skeet, that beautiful song for the refugees by Alan Thompson and his sister Linda, and some cello mandolin magic from Wirral’s John Williams and his new knee (yes you did read that right 🙂 )

Hello to Spring A Perfect Ten