May The Fourth Be With You

It was the evening of Star Wars Day, and a galaxy of stars gathered at The Feathers, some of us old enough to remember the first Star Wars film and some too young to do more than wonder what all the fuss was about. 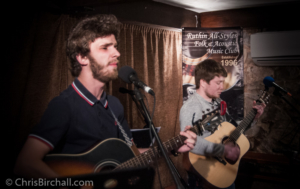 Whilst the movie industry may have changed beyond recognition over the years, with all the C.G.I. and special effects we take for granted these days,  music has somehow managed to survive the test of time.

Living up its name of All Styles, it is good to see the youngsters who are turning up in greater numbers, tackling some of the great songs spanning half a century and more.

Young Harri Owen, accompanied by Tom Jones, did a great version of “Drift Away” which was written back in 1973 and followed up with “Wagon Wheel”, originally penned by Bob Dylan in the seventies before being brought up to date by Ketch Secor in 2001. 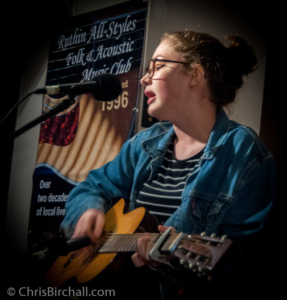 Fuchsia Jones, at just fifteen, showed us she could breath new life into Dolly Parton’s 1973 song “Joline”, and the 1989 Chris Isaak classic “Wicked Game”. She sang them beautifully on this, her first visit to the club, and judging by the reception she had, I think we all hope she will be back again soon.

If you are listening the the soundbites as you read this, you’ll realise what a wonderfully diverse range of musical styles we have on our Singers’ Nights.

Our regulars did us proud as always. Cath Bryan pulled out “Good Year for the Roses”, written way way before she was born. And we had a grand selection of blues, R&B, country and Bluegrass from Lynda, Tom, Richard and Harry. 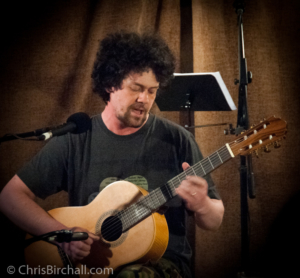 Penni played Dylan and Glyn asked “Where Have all the Flowers Gone”. Enid and Neil took us through “Fields of Gold”, and Joe Lyon sang of Blue Songs, Red Guitars and Scarlet Ribbons.

It was good to see Tim Eastwood back, and having opened the evening with a fabulous rendition of “Gravity”, he treated us to some lovely classical guitar to open the second half.

Another three ladies making their first visit were Lyn, Laura and Angharad, collectively known as ‘Mama G and the Be-Bop Brunettes’. Singing in close harmony they wowed us with the Crosby, Stills and Nash song, “Teach the Children Well” and “Wisely and Slow” by the Staves. 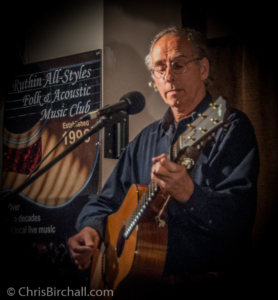 And finally, it was a treat to see Ric Cheyney again. It’s a fair trot from Harlech, where he and Bernadette now live, but we love it when he comes over to see his old friends at the club. He gave us three great songs including the Tom Waites number, “Rainbow Sleeves” and “How The Heart Behaves” by Was not Was.

And what it was, was yet another great night of music.

May the fourth be with you all – until next week when we have Merry Hell’s Virginia Kettle doing a showcase with her band the Dreamkeepers.

There will be floor spots too – so bring your instruments as usual. See you all then. 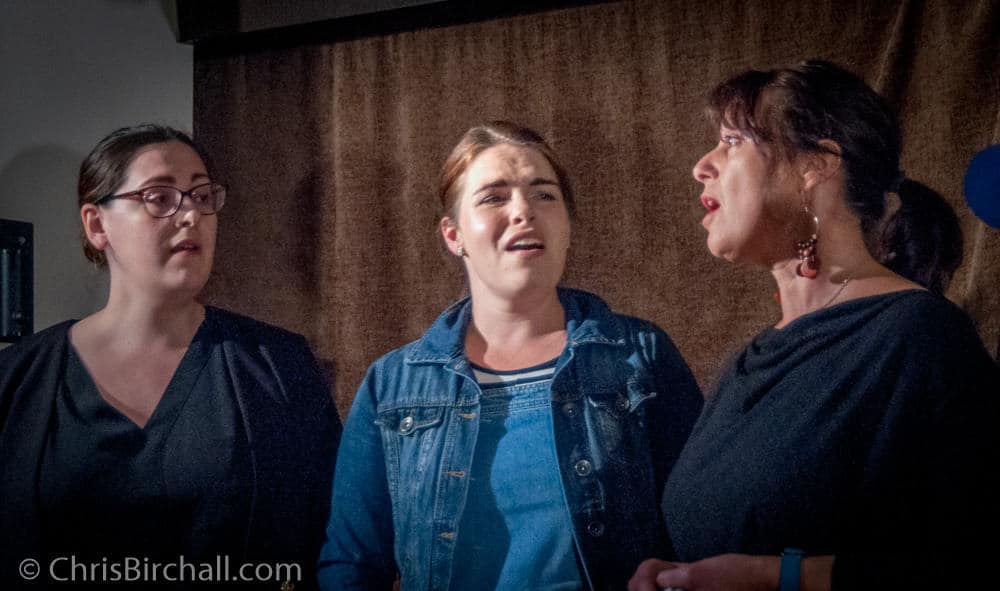 Singers’ Night April 27th Virginia Kettle – Back to her roots