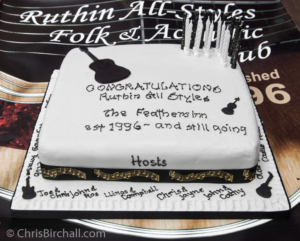 Well all I can say is… WOW!

And how fitting that our 1,000th evening of live music should take place in the very same room in which it all started on the 31st of October 1996.

The club’s founders, Llinos and Campbell Finnie, kept a detailed account of that first night, in a diary that spanned their 12 years at the helm, enabling Campbell to eloquently describe how the club has evolved since those early days. A brief synopsis can be found here.

The first half of our evening was filled with the music and anecdotes of all who came to contribute a floor spot. How we managed to fit them all in, I’ll never know. But we did. One song each and no 38 verse marathons 😉

It was great to welcome several who had been involved with the club right back in its early days as well as many of the more recent regulars.

And there was a debut performance by a young man called Archie who at the tender age of eight is getting to grips with his guitar. He was joined on stage, for moral support and accompaniment, by his mentor Skeet Williams.

The first half of the evening ended with a special appearance from David Finnie who was just three years old when his parents founded the club.

In the break we enjoyed the beautiful fruit cake baked by member Glyn Hudson, washed down with wine kindly donated by the management of The Feathers.

During the second half of the evening, it was the turn of the various members who have steered the club during the past two decades, each of whom gave a little presentation about their memories and experiences and sang a couple of songs rooted from their time at Ruthin AllStyles. 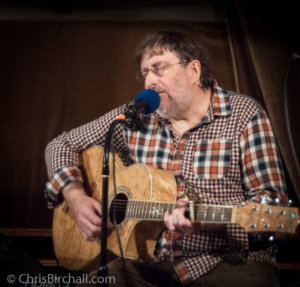 After Campbell’s preamble, the first to sing was Llinos, accompanied by John Rowell who was a member of her band, Mantra, back in those early days. She reminded us how beautiful her singing voice is with a lovely version of the Alison Krauss song “Ghost In This House”, followed by Mary Black’s “Katie”.

Next was John Rowell’s turn to solo. We are used to seeing John playing his six-string bass, but tonight he took up his acoustic guitar to sing Lady Eleanor, his “1996 song”.

John also entertained us with a tale of how, shortly after moving to live in the area, a haircut had led to his involvement with the club. For on the mirror at Llinos’s salon was a card which read “Bass Player Wanted”. He joined the band and the club too. John and his wife Cathy took over the reigns from the Finnies in 2008. 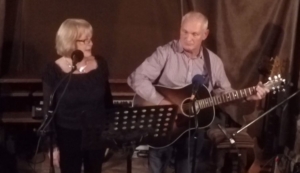 John and Ros Ryder then stepped up to the mic to talk about their four year “term of office” during which time they managed to oversee four changes of venue.

Their “house hunting” began when the White Horse closed. there was a brief period of refuge at the Woodlands Hall, a spell at The Wynnstay and eventually saw the club settle for over three years at the lovely 500 year old Cross Keys Inn.

Their songs tonight were “Singing the Blues” from John, and “These Boots Were Made for Walking” from Ros. 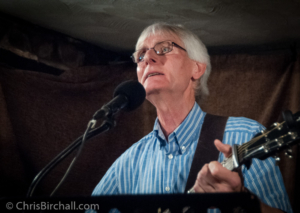 During this period, they felt it was time to hand over the reigns and it was Joe Lyon who stepped up to the plate.

Before singing “Don’t Let the Sun Catch You Crying” and the “Goodnight Song”, Joe told of how he had first discovered the club when it was held at the White Horse in Llanfair DC. He’d been out for a cycle ride with friends and stopped off at the pub for refreshments. On discovering what the music was all about, Joe joined in and has been a regular member ever since.

This brought us up to the present incumbents of the post of club organisers, for it was Jayne and Chris Birchall who were to oversee the move back to The Feathers in January 2015. 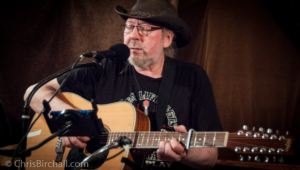 Chris sang the two songs he’d performed six years ago on his very first visit to Ruthin AllStyles when its meeting place was The Wynnstay Arms: they were the Leonard Cohen song “Bird on a Wire” and Paul Simon’s “For Emily”.

The evening finale took the form of a touching tribute in memory of the late Bryn Roberts, a former member of the bands Mantra and Raven, and a loyal member of the club.

Llinos and John Bass performed two of Bryn’s favourite songs: Lesley Duncan’s “Love Song”, and the classic “Autumn Leaves” to a backdrop of video clips and photographs of Bryn from during his time at the club. 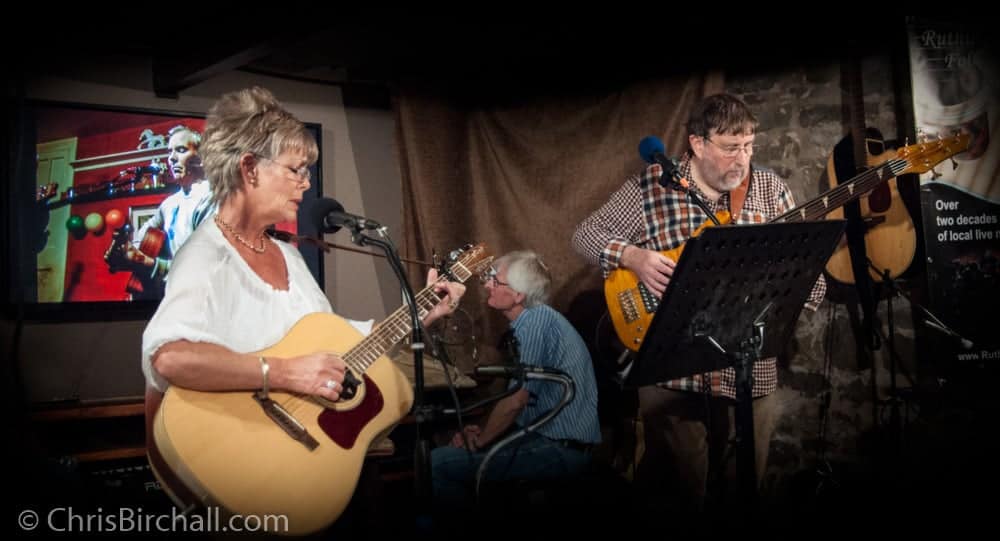 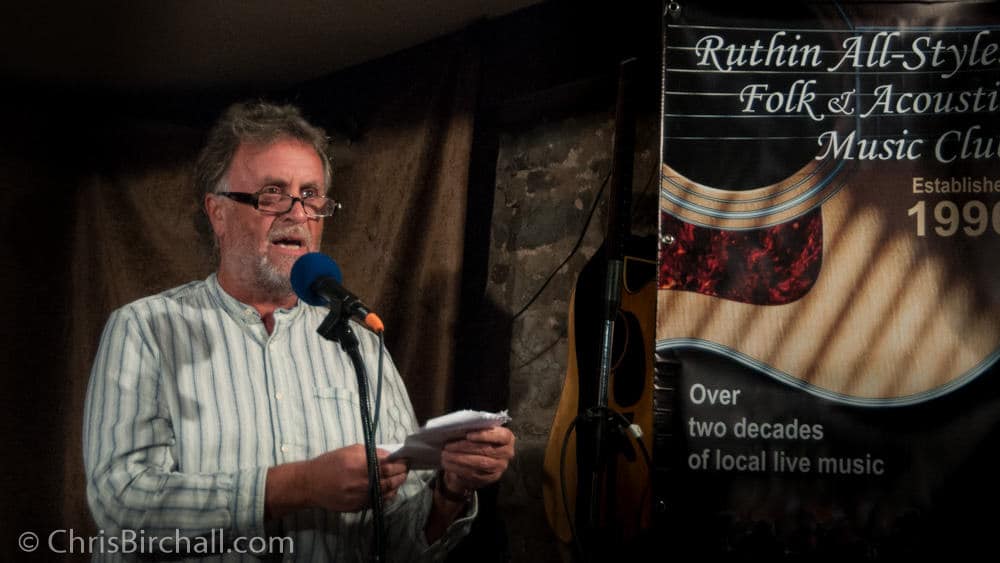