Penni for your thoughts 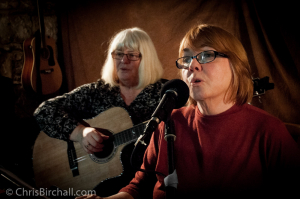 …or at least, spare a thought for Penni!

For when she agreed to host the evening she didn’t bargain for having a record number of acts to introduce.

Penni got the proceedings under way at 8.00pm sharp with “Ring of Fire” and “Misty”. Then it was my turn. Because I’m usually doing the M.C. side of things, it was nice to have somebody introduce me for a change. 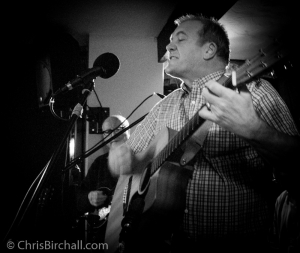 What I didn’t notice was that Peter Leslie was sitting in the wings with his camera – and there’s me minus my hat!  Arggh!! The tables were well and truly turned this week!

So twenty two performers in all, and we had many fine songs from the usual suspects, including Robin, Joe, Glyn, John, Ros, Lynda and Tom.

As well as accompanying Lynda on guitar, Tom was kept busy, as always, joining in on many of the turns with his mandolin and dobro. Mark too was much in demand with his bass guitar as was Stephen on the cajón, with both also doing solo spots in their own right. There are some nights when these off the cuff collaborations just work …and this was certainly one of them! 🙂 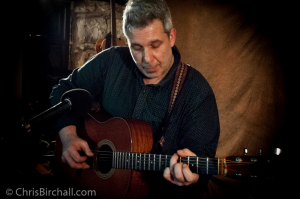 Fabulous Fingers
Skeet made a rare but very welcome appearance to provide some fabulous finger-style tunes on his trust Fylde, including his own arrangement of the Yazzoo classic “Only You”  and a medley that he turned into an impromptu “Name that Tune” interlude.

As always, singers came from all points of the compass. From down Wrexham way we had Peter Leslie singing “Angel of Paradise” and “Sound of Silence”, and Ron Stephenson  with “There’ll Never be Anyone Else” and “The Lightning Express”.

From Llandudno we had Mike, who always wows us with his original material. This week was no exception with a song written about his father called “My Old Man”. 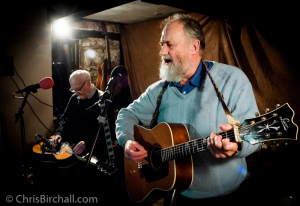 Dave Hytch brought some baritone country goodness from Hendre with “Crying my Heart out over You”.

Elaine descended from the wild and windy Denbigh Moors to sing two excellent songs off her recently released CD, “Hoping for Better Weather” (aren’t we all, love) and “Crazy like a Light Bulb”. Like I said… aren’t we all!

And from over the border came the Wirral wizard of the lute and tenor guitar, John Williams. Tonight, the latter was his weapon of choice and his set included Dave Swarbrick’s “White Hare”. It was a taste of what we can expect when this fine multi-instrumentalist comes to perform a showcase for us on April 28th. 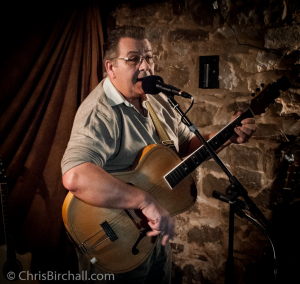 Rhyl folk singer Geoff Hollis opened his set with “All Used Up” and then went on to prove he wasn’t (used up that is) with the Robin Laing song “She Wears Black Clothes”.

Enid and Neil sang “The Rose” and Bob Dylan’s “Is Your Love in Vain” and when Richard finally took his turn at the mic, he quipped it was almost time for breakfast!  His set was well worth waiting for though, going out with a bang on the wild west tale of “Duncan and Brady”.

And so a fabulous full and musically varietal evening was drawn to a close by our host Penni at just before 11.30, with a lovely rendition of “Autumn Leaves” which she dedicated to the memory of our long-time club member and friend Bryn Roberts who passed away just twelve months ago.

►Jayne and I will be away next week as will a number of our regulars. So it might not be quite such a busy night, but I’m sure it will be a good one nevertheless. in the capable hands of Joe Lyon.◄ 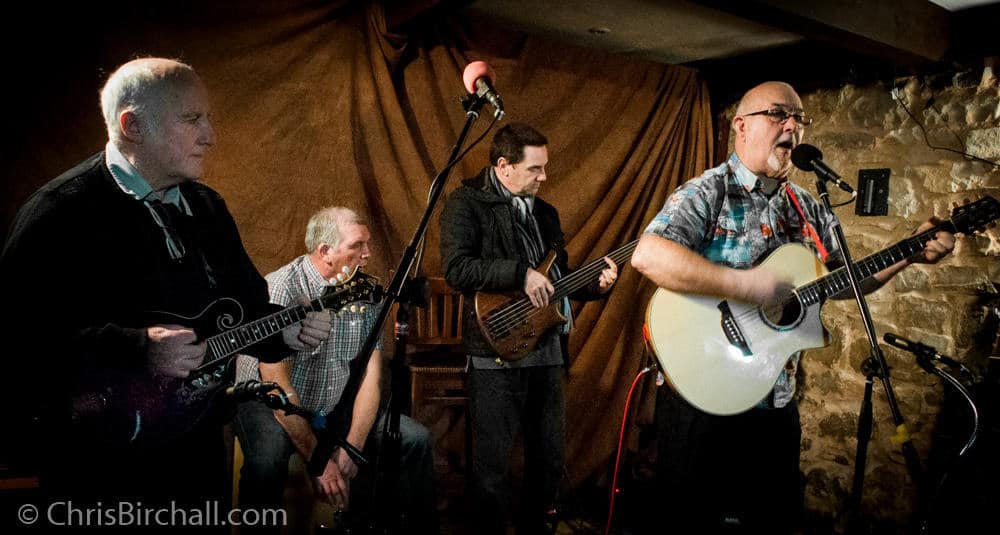