Season of Mists and Mellow Fruitfulness 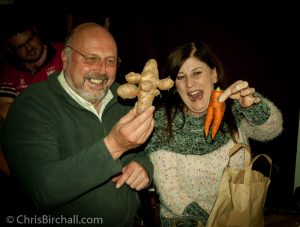 Well Autumn has officially arrived, so we celebrated by having Penni sing Misty and by Ron and Val winning a misshapen potato and a rude carrot as the booby prize in the raffle!

And despite the fact it was a Thursday, Bob Neal told us it was Gonna be a Long Monday (John Prine) whilst Harry insisted it was in fact a Blue Monday (Fats Domino). 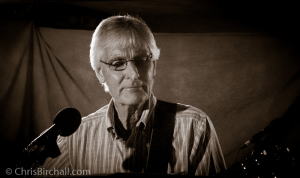 Joe predicted a change in the weather with Four Strong Winds and hedged his bets over the result of Sunday’s Liverpool vs Everton match by singing Blue Songs on a Red Guitar.

John Ryder approached his Autumn by singing the old classic My Old Rocking Chair. Linda and Tom were Waiting for the Times to Get Better (Crystal Gayle) and Chris got all maudlin over Leonard Cohen’s Suzanne.

Peter Stevens harked back to the summer with a song about airport delays before confessing, Tom Paxton style, that he… Can’t Help But Wonder Where I’m Bound.

Christy Moore’s Ride On was Robin’s first song and he rode so far he found himself Knock Knock Knockin’ on Heaven’s Door. And I’m delighted to announce that this weekend our favourite busker has smashed through the £3,000 mark busking for Cancer Charities. Well done Robin Wynne Jones! 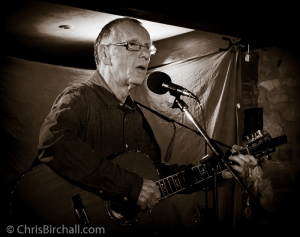 In her a cappella set, Glyn took us back to the sixties with a lovely rendition of the New Seekers number Morningtown Ride.

Twelve performers in all, provided a super evening’s entertainment. John Bass was ever present accompanying several performers as well as Tom Degney who was kept busy throughout the evening on his mandolin and dobro. 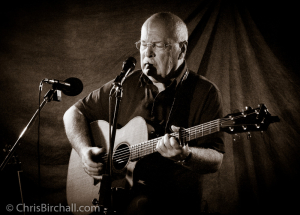 And these two club stalwarts were recalled to the stage to join Harry Robertson for a fabulous finale that included the Eagles’ classic, Hotel California and The Letter, written by Wayne Carson Thompson and made famous back in the 60s by Alex Chilton of The Box Tops.

More music and mirth next week.  See you all then.