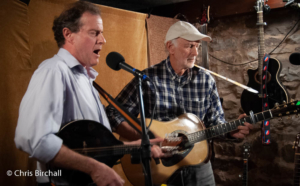 With seventeen performers and more than double that number in the room, it was another fine night of music in the function room at The Feathers.

Joe Lyon got things off to a flying start with a helping of The Searchers and Ray Davies songs. Next up were Richard Eastwood and Alan Thompson, followed by Geoff Durno who demonstrated some interesting ‘half capo’ techniques for alternative tunings for his set that included the Alan Taylor song “Going Home”.

After accompanying Linda, Tom Degney treated us to a tune or two on the new banjo he’d recently finished building.

Robin Spreckley gave a lively and animated performance on his mandolin, in a collaboration with Brian Peters on blues guitar.

Bob Dylan and Steve Earl songs made up Chris Birchall’s set. Then Wendy Eastwood enlisted Richard’s help for some harmonies on the Amy Macdonald song “This Is the Life” (below). 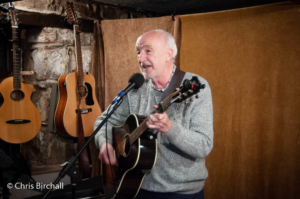 Taking us up to the break, John Bass and Llinos Finnie played a set in tribute to their dear friend and fellow band member Neil Wilkinson who sadly passed away earlier this month. They played three of Neil’s favourite songs: “Fields of Gold”, “Love Song” and the John Lennon classic “Imagine”.

Joe opened the second half with Gilbert O’Sullivan’s “Dansette Dreams” and Gerry Marsden’s “Don’t Let The Sun Catch You Crying”.

Next up was a gentleman who was holidaying in the area, by the name of Kelly (above). He’d come unarmed, so Joe graciously lent him his guitar which he put to good use to perform “The Crow on the Cradle” and “My Old Man’s a Dustman”. 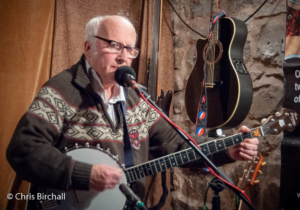 Glyn Hudson sang Donovan’s “Yellow is the Colour”, John Williams gave us an Alan Taylor song “Colour to the Moon”, and Robin the Busker told the tale or “Willie McBride”.

Our own ‘Mr Blues’, Brian Peters, sang the Eric Bibb number, “Don’t Let Nobody Drag Your Spirit Down” followed by “Big Road Blues”.

Penni Neal amused us with “The Same Thing Twice”, and took us right up to finale time with the lovely “Can’t Remember if I Said Goodbye”.

And it was indeed almost time to say goodbye and it was over to Llinos and John Bass who brought the evening to a close with another couple of songs from their ‘Breeze’ repertoire, Mary Black’s “Katy” and the Carpenters classic, “Yesterday Once More”. 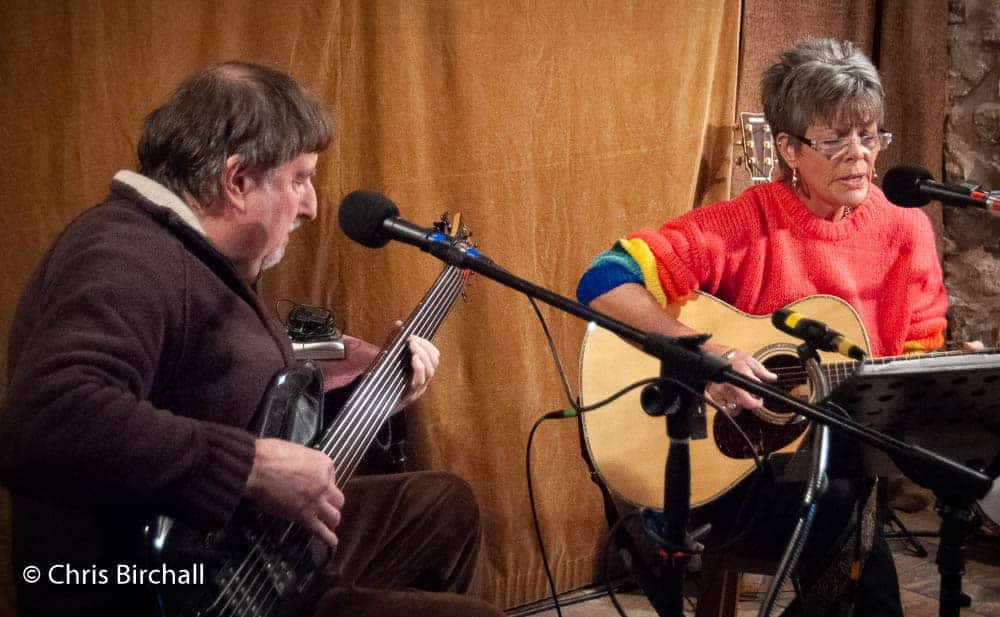 Reminder: Neil Wilkinson’s funeral will take place next Wednesday, November 21st, 110.30am at Pentrebychan Crematorium. His widow, Mary, has asked me to say that any of Neil’s musical friends are welcome to attend the funeral and afterwards at the wake in The Dudley Arms in Llandrillo.