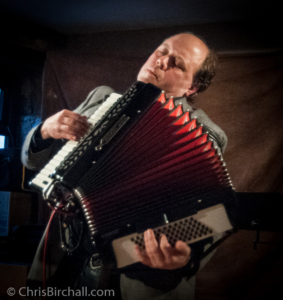 The cake was courtesy of Ros Ryder who had the good grace to turn 65 on club night, which meant we all got to sing the birthday song and stuff our faces during the break.

The squeezing was all down to our guest Jon Brindley, who opened his Showcase set with a jaunty tune on the accordion. Now I have to admit I’d never been a huge fan of this instrument, associating it with (very) traditional folk, the more ethnic musical genres and old Parisian Music Hall movies.

Until now, that is… 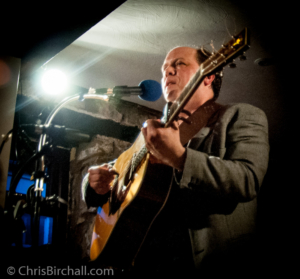 Jon’s performance, was none of the aforementioned. That first tune “On Denham Hill” had every foot in the room tapping, and he followed up with a most beautiful song written for his mother, entitled “Essence of a Song”, the softly played accordion a perfect backdrop for his remarkably good singing voice.

Then for the strumming, he took to his guitar with a selection of songs that took us from loud and lively to soft and finger-pickingly gentle. One minute were were all clapping along to the beat, the next we were silently taking in every note and nuance.

During the beautifully gentle ballad “something Missing There” you could have heard a pin drop in the room. 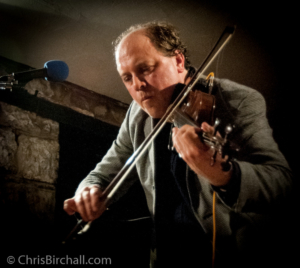 Jon Brindley is not just a great musician, he is an excellent entertainer. During his set he weaved in and out of a wide range of musical genres as he moved effortlessly between accordion, guitar and the violin that he played so exquisitely.

When he announced that on what would have been the great George Formby’s 112th birthday, it was only fitting he should sing “Leaning on a Lamppost”, we were at first all quite amused, only to be fascinated and amazed at such a unique and original rendition. 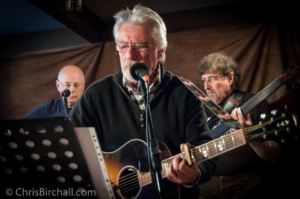 Before and after Jon’s Showcase, we heard from a selection of our regulars. The evening was opened with some R&B and bluesy goodness from Tom, Dick and Harry – plus John Bass.

We had some Americana from Lynda, some Dylan from Chris and some Rocking from Robin. 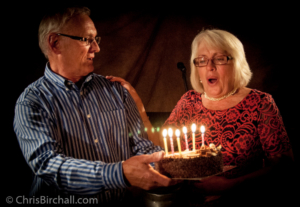 After the beer break – or should I say, the beer-and-cake break – we had Joe Brown from Joe Lyon, a duet from John and Ros, some Jim Reeves from Wrexham Ron and some fine originals from Peter Leslie. Enid and Neil gave us a bit more Dylan but with a twist, singing “Make You Feel My Love” in Welsh. And Penni guaranteed us a fine Bank Holiday by singing the Gershwin anthem “Summertime”. 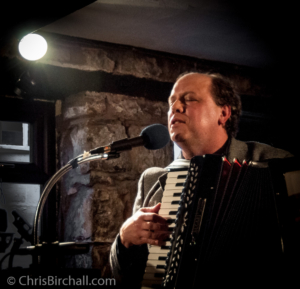 Then it was time to bring Mr Brindley back on stage for the finale spot, at the end of which nobody was going to let him leave without an encore. He obliged with the Woody Guthrie classic “Deportees” that, even though written about a 1948 air crash, is as poignant today in light of the current refugee crisis. Jon’s cover was without doubt the most touching I’ve ever heard.

We had by now, well overshot our usual bedtime, but no-one cared. To the cries of “more”, Jon picked up his accordion one last time to send us home foot-tappingly happy with memories of as fine an evening’s entertainment as you would get anywhere.