The Last of May 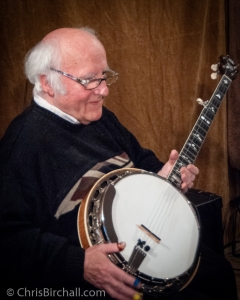 No, this is not a case of political wishful thinking, it really was the last day of (the month of) May.

We had a brace of Scottish tunes from Gentleman Jim Cole, some Beatles and Orbison from Joe Lyon and I too delved into the Fab Four’s back catalogue, with a bit of Dylan added to my set.

Lynda Degney sang Wet Wet Wet’s “Love is all Around” with Tom on guitar, and Tom’s solo spot included a tune on his banjo

Richard Ruthin was up next to sing “Weary Hobo” with Tom accompanying on the Dobro. Then he enlisted Wendy to provide some sweet harmonies on “Old Friends Can’t Hold a Candle to You”, and for this one Tom swapped the dobro for his Mandolin. Another collaboration came in the second half when Richard was joined by Enid Toft for the Welsh language love song “Myfanwy”. 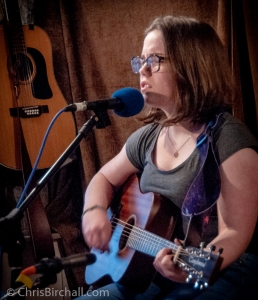 Tash Alcock
Making her third appearance at the club, Wrexham teenager Tash Allcock accompanied herself on guitar for the Snow Patrol song, “Called Out in the Dark” (click ► above to listen) and for  “Hold Back the River” by James Bay.  For her second set she broke out her Ukulele and sang Elvis Presley’s  “Can’t Help Falling in Love”.

Tom’s second set was next, and he just couldn’t resist borrowing Tash’s Uke to play a brilliant version of the theme from “The Third Man”. In doing so, he took the number of different instruments he had played during the evening to no less than five!

Skeet Williams only played one instrument, but such is his finger-picking prowess, that his made it sound like at least two guitars and he performed instrumental versions of the songs of Fleetwood Mac and Yazoo. 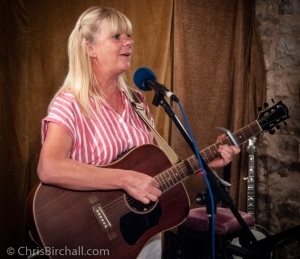 Don Gibson and Don Williams songs featured in Richard Eastwood’s set, “Cant Stop Loving You”, and “I Believe in Love” in particular, being well suited to his voice.

Wendy Eastwood sang “I Hate Love Songs” (click ► below to listen) and “To June This Morning” which is a Johnny Cash poem set to music by Kacey Musgraves.

The she was joined by Richard for a finale of three lovely duets, culminating with the Everly Brothers song, “Let it be Me”.